What the Raiders Need to Do Next Part 2

Share All sharing options for: What the Raiders Need to Do Next Part 2

For those of you who read a rather popular post of mine titled "My Thoughts on What the Raiders Need to do Next," I must inform you, I held back on my rantings and ravings. Now why did I hold back?

But when we lose 29-6 to the WORST DEFENSE IN THE ENTIRE NFL and only manage 165 TOTAL NET YARDAGE, I had to physically strain to keep from vomiting in astonishment and I swear that's not a joke. And I stumbled about in sheer awe questioning, what happened to the team we witnessed in Week 1 that nearly defeated the head-honcho of the division and is there anything that can bring that team back from the grave?

Below is my three-step plan for how to bring this abomination called an offense back from the grave.

For those of you still praying for Russell to finally those glimpses of his potential we saw against Houston and last year and Tampa Bay, it's not going to happen any time soon. Why? He simply doesn't care. He doesn't look like he's honestly trying out there, he's clearly not taking extra time to work on his game, and he's definitely not watching any film.

My honest belief of what he does after a lackadaisical practice (and this is not meant to be a Russell fat joke) is go to the nearest McDonald's, pickup up some Big Macs and a large fry, go home, lay on the couch and eat while watching movies on his elephant sized TV and deluxe leather couch.

If you know that no matter what you do right or wrong, you'll get payed 10 or 20 million dollars by the end of the year and get to keep your job and all of its benefits, would you do any different? Since you can't dock his pay, then bench him. Maybe not having his face on TV will get him to care. At the very least, he won't be out there leading those amazing three-play, zero yard drives.

Let's face it, yes Gradkowski is kinda suckish, but did he not come in and complete 2 of 2 passes for 17 yards? Not much, but by Russell standards that's amazing. Gradkowski on those passes showed a lot more poise, a lot better mechanics, and a lot better accuracy than Russell has on any two passes this season.

Gradkowski is also motivated. Give him the starting job and he'd fight to keep it, because at the first sign of a lack in ability would have you back on the bench. Plus I think Gradkowski would be happy just to play. He knows he's not going to be babied along like Russell has been.

If anything, he'd keep us relevant until either Russell decides to give a damn or the draft rolls around and we can draft a QB.

As god awful as the running game has been, Bush is actually still averaging 4.1 yards per carry. Which means he's probably, you know, THE BEST BACK ON THE TEAM. And you only give him, let me see, THREE CARRIES?! Are you kidding me? Even then he got 10 yards.

A lot better than 2 yard average, which is exaggerated by a 13 yard carry to run out the clock to halftime. Other than that it was consistent 1 yard gains. Meanwhile, Bush consistently gets you 3 or 4 yards a carry? Does Al Davis/Tom Cable think that is golf and that the lower number is better? if that's the case, then Davis thinks we're 3-1 instead of 1-3, probably explains the lack of adaptation to each loss.

Then there's McFadden, let's face it. Unless it's a 10+ yard gain, he's either getting only 1 or 2 yards, or negative yards. I'm sure if you know, MICHAEL BUSH, was in there wearing down the defense, Mcfadden might actually be doing really well.

That would explain the other fourth-round vs. first-round battle in Heyward-Bey over Louis Murphy.

If anyone here can convince me the logic behind running Darren Mcfadden and Justin Fargas so much over Michael Bush, I will gladly revoke my powers as author on this site because if anyone is truly that great at convincing people, then I'm not worthy of this job. However, I highly doubt any of you can.

I have a question, did someone give Tom Cable a set of contact lenses that switch the colors black and silver to gold and black? Because he's calling plays like he's the coach for the New Orleans Saints.

Oh wait, even the Saints run the ball consistently.

Seriously, 22 rushing attempts, 33 passing attempts. Did he all-of-a-sudden forget we had a terrific zone blocking line along with forgetting about Michael Bush? 22 attempts is pathetic for what should be a top-5 rushing offense. For those about to say that it's because the passing game needs to get going to relieve pressure form the runnnig game, did we not have the 30th or 32nd pass offense last year as well?

Then there's the passing game itself, where Cable seems to think that this team can go deep with success every play. What happened to dumping it off and mixing up short and intermediate passes like we did in preseason? If I remember correctly, wasn't that fairly successful?

Instead he thinks we have Drew Brees at quarterback throwing to Steve Smith and Roddy White. Wake up, you're not the coach of the NFC Pro Bowl team.

Clearly, Cable is not any of the following:

For the love of God, fire him. Fire him and never look back. And then, if no one wants to be the coach of the Raiders, promote John Marshall to the head coach, because the defense is the one good thing we have left.

And now we move on to the defense. I'm not going to sit here and say they played a great game by any means, and I won't make any excuses like that they played against a top-5 offense, have no offense to give them a break, and about as motivation as the so-called "leader" of the team, JaMarcus Russell. But if one of those things would change, it would be a HUGE help.

But let's take a look at the defensive roster itself:

I can say, with confidence, this defense finally has more than 2 or 3 solid players. With the exception of Brown, this defense is actually a very solid group. So why are they struggling other than the lack of any offense? A couple guys are out of place.

Morrison needs moved as mentioned above, a quality middle linebacker then needs to be picked up, and the one I've said over and over again:

This team needs a nose tackle. Run blitzing is needed of course, but having two pass rush specialists starting at DT, run blitzing can't help that. Warren is nothing more than a pass rush specialist, and a great one at that, to me. But where is the guy who's going to take two blockers head-on, clog the holes, and open up opportunities for Kelly, Ellis, Seymour, and the linebackers in the running game? Nobody on this team can fill that role and until it is filled, expect backs to consistently get at the very least, two or three yards on 98% of the carries against the Raiders.

My final words: Until this team learns how to win, and then subsequently wins some games, I'm not rooting for the Raiders this year. I'm tired of defending my team and tired of feeling ashamed of this team. I can say, that I'm officially no longer proud to be a Raiders fan.

For the foreseeable future, I root for the following team: 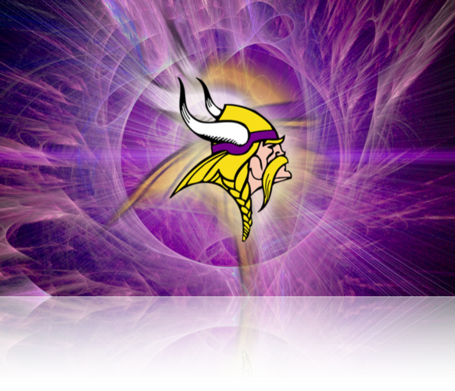