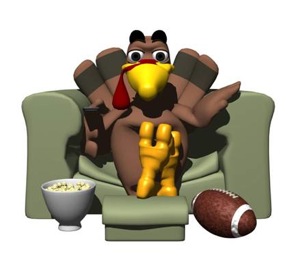 History: Oakland has a 6-3 series lead

First of all, I would like to extend my best wishes to the whole Silver And Black Pride community for a Happy Thanksgiving Day! Nothing better then Turkey Day football and now we have it with our Raiders!

For the Raiders and their fans, there was not much time to revel in last Sunday's upset victory over the Bengals at the Coliseum with the Raiders having to play on the road against the Cowboys on a short week for Thanksgiving Day.

The Raiders will be hoping to take their momentum from last Sunday's win on the road to Dallas along with the pumped-up and energized QB Bruce Gradkowski leading the way. It is very important for this team to make a positive showing against Dallas, not just because it is a nationally televised game, but because the followup games that came after the previous two Raiders victories resulted in blowout losses. With the Dallas team showing some vulnerabilities and the Raiders now playing with a new sense of purpose under Gradkowski, a win for the Raiders in Dallas is achievable.

Cowboys QB Tony Romo will play, but he is banged up and if the Raiders can get to him with consistent pressure then the Raiders have a chance to create some turnovers and stay with the Cowboys. The good news for the Raiders is that defensive lineman Richard Seymour's aching back has improved enough for him to play. That, coupled with former Cowboys defensive end Greg Ellis, who is fired up and going to prove that Dallas made a mistake by releasing him in the offseason. The Raiders on defense are well aware of their tendency to give up game changing big plays and the Dallas offense is surely capable of the big play, so the Raiders will have to step up their effort to avoid giving up the big plays in Dallas. While Dallas has been installed as 14 point favorites against the Oakland, the Raiders do seem to own Dallas head coach Wade Phillips, who is just 1-6 in his career against the Raiders.

Now that the Raiders offense is in the competent hands of Gradkowski, they should be able to produce a much more balanced attack. While Gradkowski can manage the game with some precision passing, the Raiders really need to plan and execute a solid running game, especially to nullify the strong Cowboys defensive line. This is all the more important when you consider that Cornell Green will be starting at right tackle on the road in a noisy stadium, where his penchant for false starts or giving up a big sack are all too frequent. If the Raiders can design a good plan for utilizing Bush, Fargas and McFadden, then they will be able to neutralize the Cowboys pass rush and be able to let Grads make the smart passing plays.The Raiders will need to get at least 150 yards on the ground to be able to dictate the flow of this game. They need to not fall behind early or else it will be a long day trying to play catchup football in Dallas.

Alright Raider Nation, we're all set for our Turkey Day feast, what are you thoughts on today's game and what are your Raider keys to victory?