Share All sharing options for: Previewing the Enemy: Cleveland Browns 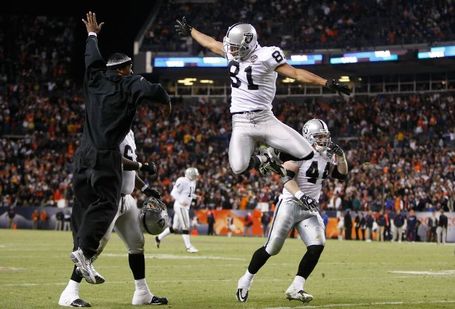 Will there be a reason for the Raiders to jump up and down this time around? [via a.espncdn.com]

Don't look now, but the Oakland Raiders (5-9) are running out of chances for back-to-back wins. In fact, this week against the Cleveland Browns (3-11) is the last chance for such a feat. After yet another win against a playoff-caliber team, the Raiders look to put two victories together in consecutive weeks. While Oakland is 3-2 in recent weeks, Cleveland has actually won two straight games with wins over the Pittsburgh Steelers and Kansas City Chiefs. How can the Raiders achieve their sixth win of the season and stop the Browns' winning streak? Well, let's see what they're up against on the road this week.

The Browns seriously appeared headed straight for 1-15, or perhaps even 0-16 before an ugly win over the Bills. A couple of surprising wins later, sitting at 3-11 sure beats sitting at 1-13. Despite seven games of scoring seven points or less, Cleveland exploded for 37 points and 41 points respectively even if it came against some bad competition.

Let's take a look at the Brown offense first. 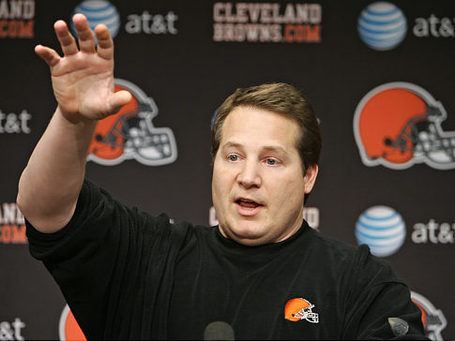 It hasn't exactly been a storybook season for new head coach Eric Mangini. [via assets.nydailynews.com]

This season has really been a struggle for the Browns. Coming in, Romeo Crennel was fired and Eric Mangini was hired. Practice violation allegations and the simple fact of Cleveland's struggles has drawn heat to Mangini. Just recently, the team hired Mike Holmgren as president. I think most people had assumed that the Browns were headed for a down season this year after coming off of a 10-6 record in 2008. Tight end Kellen Winslow was traded in the offseason and disgruntled wide receiver Braylon Edwards was shipped off during the early part of the season. It has been tough.

Derek Anderson, QB: Unfortunately for the Browns Brady Quinn landed on injured reserve thanks to a foot injury. Even though he's only been average at best, he looks great when you compare him to Anderson, Heck, JaMarcus Russell may even look great when you compare him to Anderson as well. Anderson, who has completed less than 43 percent of his passes in six games, has an abysmal quarterback rating of 36.2 this season. Anderson has thrown just two touchdown passes and has accumulated nine interceptions in his performances.

Jerome Harrison, HB: Who? 286 yards? Three touchdowns? He broke a record held by Jim Brown? He did what? Out of nowhere, Jerome Harrison burst onto the scene and ran all over the Chiefs' weak defense. He doesn't have great speed or great power, but he's patient. He utilizes his cutbacks well and finds the creases. He'll definitely need to be contained. Harrison, as evidenced by last week's performance, can be a huge threat. Also, Harrison's 32 receptions leads the team. Look out for him in the passing game.

Mohamed Massaquoi, WR: A rookie from the University of Georgia, Massaquoi has emerged as the top wide receiver for this Cleveland team. Of course, that doesn't really say much considering how poorly the Browns' wide receivers have performed. Massaquoi leads all wide receivers in receptions (30), yards (549), and touchdowns (2) as a rookie. In his last four games, however, Massaquoi has only caught more than one pass a game just once and that was a two-reception game. 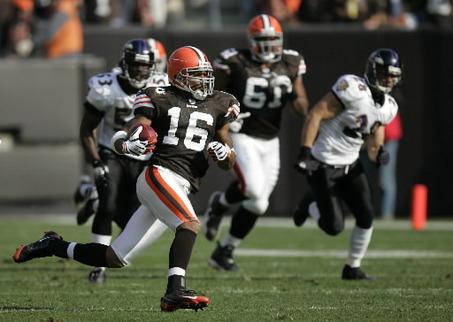 Joshua Cribbs is arguably the most electrifying player in football. [via blog.cleveland.com]

Joshua Cribbs, WR: He's listed as a wide receiver, but the truth is, he's much more effective at two other spots. Out of the wildcat formation, Cribbs takes the snaps and runs out of there. In the kick return game, his eight touchdowns is an NFL record. The bottom is like that Cribbs, as a kick return specialist, has become Cleveland's number one threat and weapon. He must be contained in more than one facet of the game. I wouldn't even kick to this guy to tell you the truth. He's that dangerous. I'd make Anderson and the offense beat me, something they have had success in doing.

Chansi Stuckey, WR: Stuckey has been the hot target of late for this offense. Coming over in the Braylon Edwards trade from the Jets, Stuckey has been inserted into the starting role. In his last five games, Stuckey is averaging over three catches a game even if you include the game against the Steelers in which he was held without a catch. There's really not much else to add here.

With Eric Mangini as the head coach, you better believe the 3-4 defense is in effect. The success of the defense, however, leaves something to be desired. With big Shaun Rogers having been on injured reserve since December 1, you'd think that it would really hurt the Cleveland defense. As an outsider looking in, it really doesn't appear to have made that much of a difference. In 7 of his 11 games, the Browns gave up at least 27 points. In the three without him, their defense is averaging 23.3 points allowed. I can't really speak too much about their players considering I don't know that much about them. Eric Wright, their top corner, appears to be a good-looking young corner. Youth is served amongst the linebackers between Kamerion Wimbley, David Veikune and Kaluka Maiava. 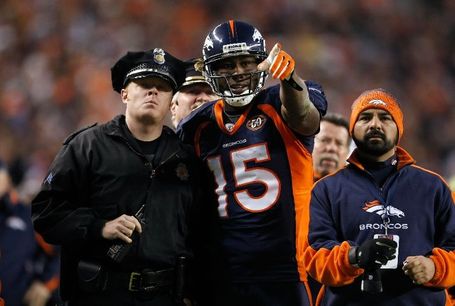 Will the Browns be forced to call the police on the Raiders? [via a.espncdn.com]

Conclusion: Let's keep doing what we're doing. With us having success running the ball last week with Michael Bush and Darren McFadden, why fix something if it ain't broken? Whether or not it's Charlie Frye or JaMarcus Russell, it really shouldn't matter although it looks like Frye is starting. This is a game that we should win and we all know it. Zach Miller should be ready to go by Sunday, and that's an extra boost for our passing game that will be very valuable to have. In conclusion of the conclusion (ha), the acronym "KISS" comes to mind: Keep it simple, stupid. Cleveland isn't good defensively against neither the pass nor the run, so let's play to our strength. Feed Bush up the middle, feed McFadden in space and let's get our sixth victory.