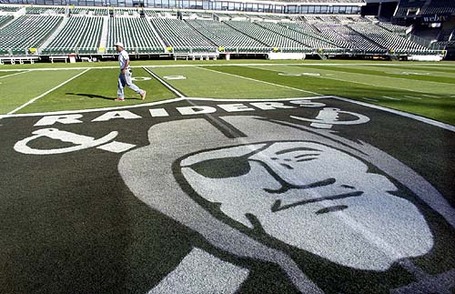 It's mid-July and the weather is great, well at least it is where I'm at. As training camp draws nearer, the wait seems longer. Here to ease the wait, we bring you the sixth issue of the Weekly Raider. As always, I strive to bring you the finest in Raiders reading and hope you enjoy. 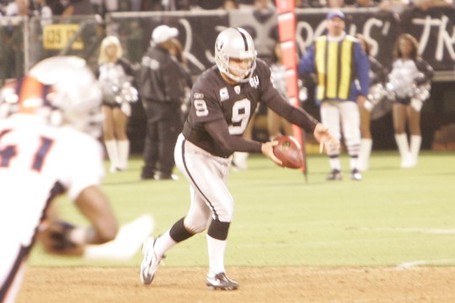 The player we want to see come on to the field the least, is actually one of Oakland's best players and the best at his position. For years Shane Lechler has been pinning teams deep in the territory to start long drives. And he's done so very consistently.

On a team full of inconsistency, Lechler and Nnamdi have been the only sources of consistency. Lechler continuously works on and perfects his craft, even though he doesn't show it in voluntary workouts. Capable of rocketing the ball way down the field and doing so with pin-point precision, Lechler has even been regarded has possibly one of the greatest punters of all-time. I'd even put him in that group. After all, he's been the best punter of the decade. If you don't believe me, look at career statistics:

My expectations for Lechler, consistency. Look for a 48.5 yards or higher per punt year. I look for him to get about 26 punts inside the 20. The special teams are getting better and will keep those returners from getting very far.

If you check the comments, I believe on the Weekly Raiders Issue #5 post, you'll see I came down hard on the Raiders defensive tackles. I called them the worst group in the league, which they are, but I'd like to go more in-depth.

Realistically, Warren and Kelly are the only quality players at the spot. Not good since DT is a very demanding and tiring job, especially when you're getting ran at all game. There's nobody that can go in there and fill in for either of those two while they're taking a breather and be half-way decent.

Sands is a massive DT and has the build of what should be a good NT in a 4-3. Instead he just takes up space as he's so easily outmatched by the opposing offesnive line. Last year we saw a slight improvement but he clearly doesn't care enough to try. I think this year is definitely his last unless he breaks out and becomes a force in the run game. Which is very unlikely.

Joseph is an interesting case in that he came in last year, was released before the start of the season, brought back in mid-season, released after the season, then brought back in again. Joseph is okay at best. I'm hesitant to say he's bad, but he could be much better. Like Sands, he's not really motivated. Joesph basically is a smaller Sands at a much cheaper price. As a rotation guy, I like him. But if someone amongst our aging DT's gets injured, I don't want him as a backup.

Honestly, I don't know really anything about Boschetti. I know he was undrafted and hung around with Washington for a couple years, but that's about it. Being the same size as Joesph, I'd hope he can play in the same manner. With 6 DT's on the current roster, one of Joesph and Boschetti will be released. Since Joesph has seen more action and done better in that action, I think he'll be staying.

Then there's the Havard DT Desmond Bryant. I expect him to make practice squad and be groomed to either a pass rushing specialist at DT, or a big DE.

Let's take a look back at the starters of Warren and Kelly. Warren has been the best DT on roster since joining Oakland in 07. He's recorded 4 sacks each year and has been decent in the running game. Despite that 330 lb. frame, Warren is more of a pass rushing UT at this point in his career. If he can work on his abilities in the running game and get them more fine-tuned, he could be a good DT in the NFL. But even if he doesn't, he's still the best DT the Raiders have for now.

Kelly is sort of in the same boat. A good pass rushing DT (4.5 sacks last year) who was the thought to be a run-stopping DT. Though he did have some kind of surgery on his knees before last year. This year should be when we get to see what Kelly's really got. I'd expect him to be much more formidable in the running game while still keeping that pass rush. If anything, I'm hoping he'll be a base DT who can play the run and pass to an equal degree so that Oakland won't have two UT's up there at the line.

Who knows, maybe with some development and discipline, these aging vets might be able to step it up and prove me wrong. Or maybe the occasional blitz (which should be what Marshall provides scheme-wise) will let them get that extra push they need in the run game. 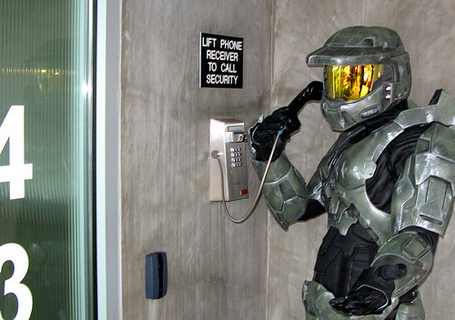