Greetings Raiders faithful, and welcome to the special training camp edition of the Weekly Raider. Today we look at a player I believe needs to have a good showing in camp, of course random thoughts, and finally the featured fan. Enjoy and let's get ready for training camp. 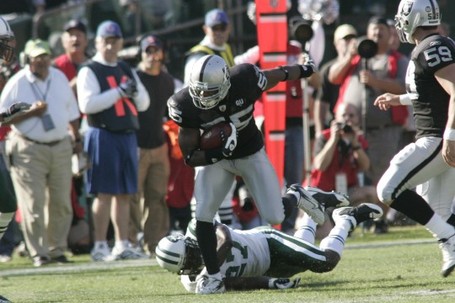 Jon Alston, a name that appeared frequently during minicamps and OTA, is a man on a mission. What's his mission? To solve the Raiders long-standing problem at strongside linebacker.

Previously a special teams stud, Alston has been putting on a show as the starting strongside linebacker in minicamps and OTA and did a good job at it. Bulking up his once 225 frame to a nice 235 definitely shows he's committed to getting more playing time than the few starts he had late last season. Known for being a speedy defender on kick and punt returns, that speed hasn't been lost with his added weight.

In minicamps, he's been great in the passing game, though I heard very little of him in the running game. Hell, I heard little about the running game at all. Alston's abilities in the passing game could mean a lot for this Oakland defense. If he can become a consistently good cover linebacker, that could free up Howard and Morrison to blitz if Marshall's scheme will allow it. Thus creating more pressure, thus leading to sacks, bad throws, and even interceptions. With Alston's speed, maybe he can even be used to blitz.

But the big thing and the determining factor of whether or not his starting role in minicamps will become permanent, is how well can Alston fare against the run? He as a very solid tackler on special teams, but that doesn't really mean much since a receiver or defensive back is much different than a 220+ pound running back barreling towards you. In regards to the running game, I'd like to see Alston put on a few more pounds. As you can see by the picture, ten extra pounds won't make much of a difference. 235 is still small for a strongside linebacker and also makes him the smallest of the starting linebackers. If he could get to about 245, I'd be very satisfied. Even if he loses a little bit of his speed, we need him to stop running backs more than we need him to cover them.

What competition lays behind him at SLB? Former starter Ricky Brown and Sam Williams. Williams I believe is here purely for some rotation and special teams. Brown however presents problems for Alston. Like Alston, Brown was a great special teams player who started working for some playing time. And also much like Alston, he started in minicamps and training camp to become the starter at SLB. The similarities don't stop there. Both are in the lower 6' range, and both weigh in at 235.

At this point, I have difficulty spotting a difference between the two. In their respective playing times last year, both had low tackle numbers, both were mediocre against the pass, and neither could do damage in the running game. But if Alston's pass defense skills continue to show through in camp, he'll have the edge over Brown. If he can be halfway decent against the run, Alston's in as the starter.

Whether or not Alston's starting as our SLB is a good thing or not is still a mystery. Though we won't have to wait very long to solve it.

Around this time of year, you know the downtime before camp, I like to make some predicitons on how team's seasons will go. Or at least for the AFC. I'm here now to share these. This goes out to fans of every team in the AFC, see where your team is predicted at by me.

1. Patriots (12-4)- Brady's back, Taylor gives them a good running game if Brady isn't his usual self. Defense is still formidable, though secondary is incredibly weak.

2. Dolphins (9-7)- I know they won't take anybody by surprise this year, but they still have a great running game, Pennington is still one of the NFL's most accurate QB's, and an already stout Fins D just got an upgraded secondary.

3. Bills (7-9)- T.O. makes the Bills a relevant team in the NFL, but not a contending one. Lynch is back and healthy, the defense is looking to be a pretty good one, but the offensive line suffered a major blow by getting rid of one of the top OT's in the league in Jason Peters.

4. Jets (7-9)- Expect a top-10 defense from the Jets this year. Good D-Line, amazing linebackers, top-10 secondary. Throw in the best defensive minded coach in Rex Ryan and this defense will be stellar. But with a rookie QB, no receivers outside of Cotchery, and a still aging Thomas Jones, the Jets offense will struggle.

1. Steelers (13-3)- Still the best team in the NFL. Great all-around but that offensive line is still mediocre at best. I question how many more hits a battered Roethlisberger can take.

2. Ravens WC (10-6)- The Ravens got worse this offseason, and significantly so. No real receiving threats not named Todd Heap, a Chris McAllister-less secondary, a weakened linebacker corps, and the loss of the best defensive mind in the NFL. They get to the playoffs purely because of their running game and run defense.

3. Bengals (6-10)- The Bengals had a great draft and suddenly everyone has them as a potential 8-8 team. I don't see it. The defense is getting really good, but Palmer has lost a lot of his edge with so many injuries, Chad Johnson (I refuse to call him Ochocinco) is no longer a great receiver, they don't have a good running game, and their O-Line now revolves around a rookie OT who's better fit for the right side than the left.

4. Browns (2-14)- You're looking at your #1 picking team. How an already bad team makes themselves so significantly worse is beyond me.They lost two good linebackers from an already bad run defense (McGinest and Davis), they got rid of a top-10 TE, they didn't do anything to help a very old and battered Jamal Lewis, both Stallworth and Jurevicius are gone, they failed to get any receivers leaving Edwards the lone threat, so on and so forth. This team is so amazingly terrible, that if it wasn't for a great offensive line, I'd say they could go 0-16.

1. Colts (13-3)- The Colts are going to be an amazing team this year. Though Harrison's gone, Gonzales now gets his chance to shine, and shine he will. Their D-Line looks much improved with Moala and a highly acclaimed run stopping DT in Terrance Taylor added in the draft alongside two elite DE's. Brown and Addai look to be a good running back tandem as well that might actually give Indy a decent running offense. The weak linebacking corps is the only weakness to the Colts

2. Titans WC (11-5)- Despite the loss of Haynesworth, the Titans will still have an amazing defense. With the best safety tandem in the NFL, top-flight corner tandem, and an elite group of linebackers, Tennessee is still a top-10 D. The running game is still superb and is running behind a top-10 offensive line. With a much improved receiving corps, don't be surprised to see the Titans and Colts switch places.

3. Texans (8-8)- I have a hard time finding a reason why this team won't have a winning season, but two major problems stand in their way. Schaub's injury problem, and the secondary. Schaub can never stay healthy and when he's out the team struggles big time. Then there's the secondary. The only bright psot is Robinson, and one man a secondary does not make.

4. Jaguars (4-12)- The Jaguars got a much better offensivel ine, but they lost a key linebacker in Peterson and I have major doubts that Jones-Drew can carry the full workload for a run heavy Jags team. Still not receivers.

3. Broncos (5-11)- Way to many changes for this team to get everything right in one year. Next year they could be dangerous though.

4. Chiefs (2-14)- Exact same as Broncos except they have a much worse roster. 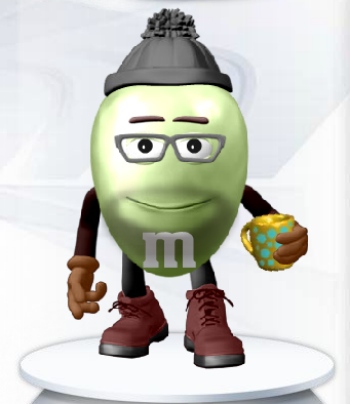