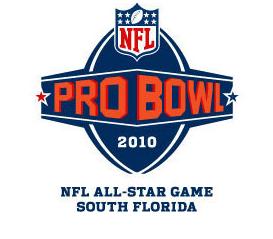 It's that time of year again. It's time for the Pro Bowl, the NFL's glorified exhibition game that gathers the game's best of the best. Only this time, there are a few catches. First, this year's game isn't in Hawaii. Instead, it's at the site of Super Bowl XLIV and that's Miami. Many people have had varied opinions about that very change. I must say that I disagree with holding the event before the Super Bowl. With a record number of replacements, the game will be featuring even less of its brightest stars. With Peyton Manning and Drew Brees sitting out among other stars, we're getting guys like David Garrard and Tony Romo. It's not quite the same. Nonetheless, a game will be played featuring NFL players on Sunday evening. Will you be watching?

After the jump, let's check out the Pro Bowl rosters.

That link just before the jump will take you to the players that will be participating in the Pro Bowl game. It also lists the players not playing due to injury or Super Bowl involvement. It's quite long and impressive:

I can't insert a fancy something to show the players that will be playing and I don't want to bore you with a list, so there's that link again. 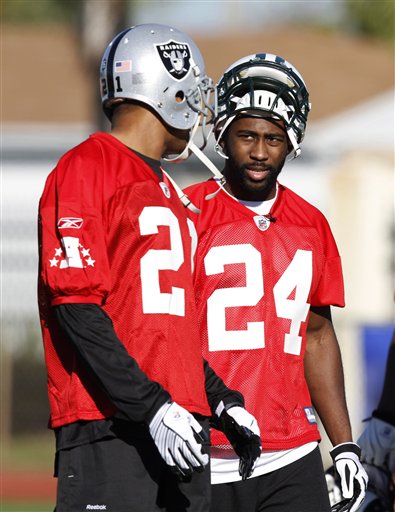 The best two cornerbacks in the NFL belong to the AFC. [via cdn0.sbnation.com]

I want to shed some light on one of our own Oakland Raiders, Nnamdi Asomugha, my favorite athlete in all of professional sports. Playing with Darrelle Revis is probably going to be really fun for Nnamdi, as he may even be thrown against. I'll save the debate between the two great cornerbacks for another time. Revis allowed 40 receptions in his starts this year, while Asomugha allowed 13. With that said, how will NFC quarterbacks be able to complete a pass the two best cornerbacks since Deion Sanders?

That's it for me. I'm going to be watching the Duke-Georgetown college basketball game on CBS in about five minutes. This is your open thread for the game and, well, whatever else you want to talk about. It's on Sunday, January 31 at 4:20 p.m. on ESPN.