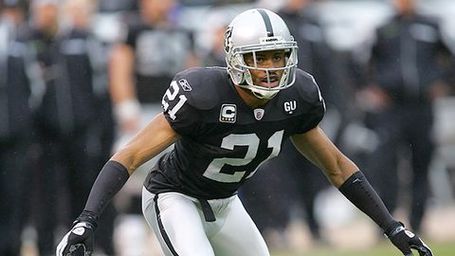 Could Nnamdi Asomugha's days in Oakland be over? [via a.espncdn.com]

Is Oakland Raiders cornerback Nnamdi Asomugha on the trading block? I don't think so; however, based on his comments at the Pro Bowl, maybe his days in the silver and black colors are numbered. ESPN's Tim Graham had some interesting Pro Bowl tidbits and what not. A bit of a story had some quotes concerning Nnamdi Asomugha and Darrelle Revis, the NFL's two top cornerbacks in the league. New York Jets head coach Rex Ryan was even involved and it didn't include him giving the middle finger. Here are some quotes collected by Graham:

Oakland Raiders star Asomugha was smiling when he brought up the dream scenario, but insisted he was "dead serious" and has spoken to New York Jets coach Rex Ryan about it.

"Me and Revis have been talking to Rex to try to do something," Asomugha said. "You may see us in the future. There's a little bit of talk going on. Either he's coming to Oakland or something else will happen."

Said Revis: "Me and him have talked about it, but I can't really control that situation. I don't know if he can either.

On a team with so many needs, I have thought about the possibility of trading Asomugha. He's the best cornerback in the league. He's young, humble and willing to do anything to help the team win. With those traits and his obvious skills, he obviously has value.

With all of that said, what let's just see what we could possibly get for Nnamdi Asomugha. 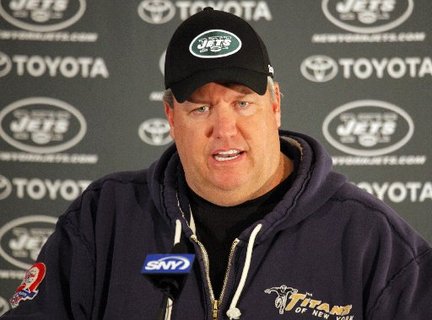 Rex Ryan was probably foaming at the mouth at this news. [via media.nj.com]

Since Asomugha was reportedly talking to Revis and coach Ryan about playing for the Jets, it only makes sense that we start there first. We need an upgrade on the offensive line and that team from New York has the best line in the league. At cornerback, Dwight Lowery is young and talented and a much better option than veteran Lito Sheppard who struggled this past season. Being in contention for the playoffs and expecting to go back to the AFC title game, the Jets are probably willing to part with draft picks. 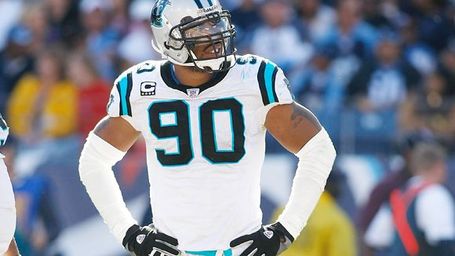 Julius Peppers, an elite pass rusher, is unlikely to be brought back. [via www.boston.com]

The Jets aren't the only possible destination. The Carolina Panthers, who have their own decision to make with their defensive star by the name of Julius Peppers. Unwilling to slap the franchise tag on him since it's too pricey, the Panthers could get some value back for Peppers with the addition of Asomugha. Peppers, one of the premier defensive ends in football, would be a welcomed addition to this team. 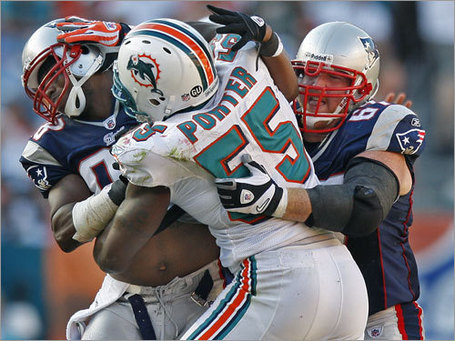 The former Steeler has struggled some since leaving Pittsburgh. [via cache.boston.com]

Just recently, Miami Dolphins linebacker Joey Porter made headlines. As a matter of fact, it was today when he said that he wanted a trade. Although Porter still plays a pretty good outside linebacker, he's not the player he used to be back in his younger days. Also, outside linebacker isn't really a position of need. Miami seems like an unlikely destination for Asomugha should there be a trade involved at all involving Joey Porter for those reasons. 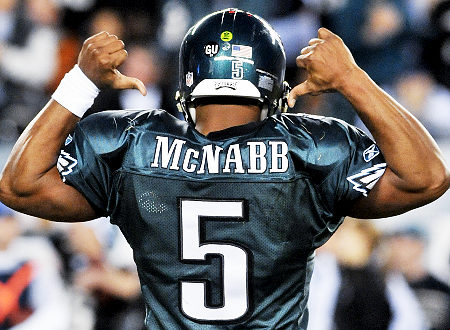 Ponder and then imagine that in silver and black. [via assets.nydailynews.com]

While some teams may not be facing financial problems or disgruntled defensive players, they could be looking for a cornerback. It doesn't really get any better than Nnamdi Asomugha. Our neighbors from across the Bay Area, the San Francisco 49ers, need cornerback help. The 49ers are also possessing a pair of first-round picks in the 2010 draft. An interesting team in all of this are the Philadelphia Eagles. Donovan McNabb has been rumored to be leaving Philadelphia for years, and his struggles of late with the emergence of Kevin Kolb has added fuel to the fire. While the Eagles may or may not be looking to add a cornerback, getting something of great value for McNabb could be huge if they're looking to deal the Pro Bowl quarterback.

This is just speculation, of course, for some good trade discussion. While he reportedly isn't on the trading block, this is something to get our minds churning since the Jets are allegedly tampering with Asomugha. Thanks to birds'n'raiders for the initial post.