Quick, locate the teams that are participating! [via iphone-jungle.com]

After all of the games played by the 32 teams in the NFL, it comes down to just a pair with the Indianapolis Colts and the New Orleans Saints. The Colts, champions of the AFC for the second time in four years, previously won their second Super Bowl as a franchise in Miami. You may realize that this years Super Bowl, the 44th edition, is also in Miami. As for the Saints, they're playing in their first Super Bowl in franchise history. The last team to win the title in their Super Bowl debut were the Tampa Bay Buccaneers. I don't remember who they beat, though. Anyway, the Buccaneers are tied into this more than you'd realize. The Saints, for example, are the first team in NFL history to get defeated by the Buccaneers and still able to make it to the big one in the same season.

Hit the jump for some more interesting stuff and take a gander at the predictable poll. 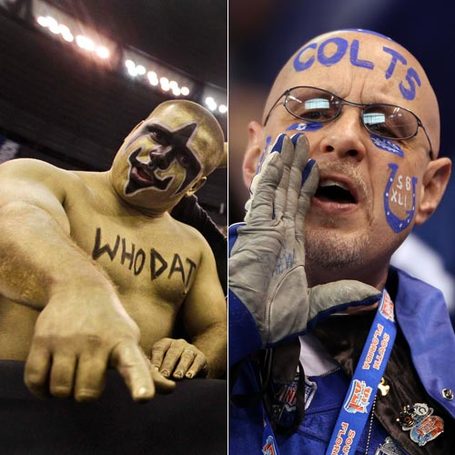 Which team's fans will have bragging rights? [via www.sun-sentinel.com]

I look at Indianapolis and notice that they're the team really flying under the radar in all of this in my opinion. I don't know why that is other than that the Saints are a unique story. They're trying to basically reinvent the city after the Hurricane Katrina devastation. New Orleans also has the somewhat catchy "Who dat?" slogan. They're fresh and new being that this is their first Super Bowl appearance. As for the Colts, they're sort of the "blah" team. They don't have exotic colors. Basically, in a nutshell, they lack sex appeal. Peyton Manning is actually funny if you ask me even if he is all business most of the time, even at a recent press conference. With all of that said, the Colts are still the favorites. We all know that everyone loves a great underdog story especially on the grand stage. 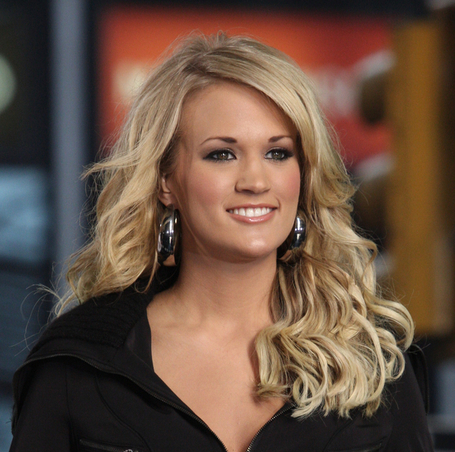 The Super Bowl isn't just a football game. Let's not forget about the economic impact. Food sales go through the roof, especially pizza places. Dominos is expected to deliver 1.1 million pizzas on Sunday. Anyway, I don't want to bore you with economic impact unless it's about gambling. We've already had a post about prop bets on here, but man, some of these things are crazy. That stuff ranges from our nation's national anthem being sung by Carrie Underwood to Kim Kardashian to Gatorade flavors to one-handed catches. We're talking about pregame events, famous girlfriends, drinks and even some in-game stuff. Last but not least, what about those funny commercials?

I think that just about does it for me "jibber-jabber." I guess you can use this thread to discuss your plans and what not for the big game on Sunday. Of course, there are some "Super Bowl appetizers" in the sports world this weekend before our main course on Sunday late afternoon stretching into the early evening. I'm particularly talking about hoops at the college and pro level. That's what I'll be tuning into before the Colts and Saints finally do battle. 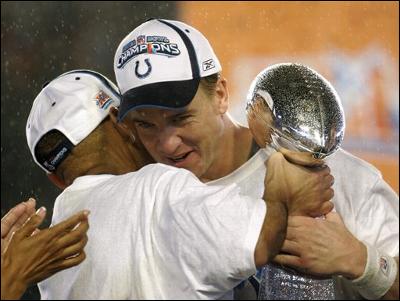 I hope you cop another one on Sunday, big guy. [via www.kaushik.net]

In conclusion, I'll leave you with my prediction. I'll take Indianapolis over New Orleans in a high-scoring affair, 38-31, behind a four-touchdown performance by the man that will eventually take home MVP honors and that would be Peyton Manning. I'm a huge fan of Peyton's. I think he's the greatest quarterback of all time. I'm rooting for him to get his second ring. Enjoy your weekend and the game, everyone!