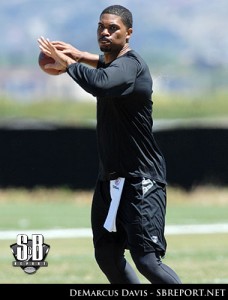 WR's are having a much easier time catching the ball now that the gravitational pull of the QB is not great enough to alter the ball's flight path.

So, I am posting this hours and hours after this information was available. Better late then never, right? You can't really blame me, because: A) none of you damn slackers posted anything either and B) it is easy forget that Al graciously allows people to view only one day of practice. That day was Wednesday.

The off-season OTA schedule goes something like this: May 18th - 20th, May 25th - 27th, June 8th - 10th, June 15th - 17th. I believe Wednesday will be the day that the lucky members of the media will be allowed to watch the non-contact Organized Team Activities.

I was not one of the aforementioned lucky members of the media viewing these workouts, but I have read their accounts and I shall summarize them for you in easy to read and fun bullet points after the jump.

You can always read some for yourself, too: Here, here, here and here.