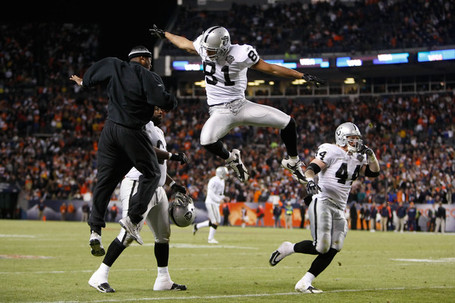 Someone catch him before he lands, please.

According to Jerry McDonald, Chaz was back on the practice field today. What? Chaz is ahead of schedule? That Burger King commercial with the pigs flying is truth. Although I still don't think they should be eating pork. A couple of other nuggets from J Mc: