I was laying in bed the other night waiting in vain for sleep to fall over me when I decided to try some relaxation sleep aide techniques. So, I started holding a UFC style cage match tournament featuring all 32 NFL coaches in my head. What? It's kinda like counting sheep.

First things first: I may have issues. My name is noontide and I am a footballaholic. Second, Tom Cable would have a good chance of winning such a match. The guy looks to be in the best shape of his coaching career and he has been training by running and lifting with the team.

To make sure I didn't leave anyone out, as it was all in my head, I went through it by divisions. I advanced the winner of each division to a playoff format. Let's review and you guys can tell me who your champs would be.

This is a no brainer. Cable would throttle these guys and it would be a pleasure to watch. The biggest question mark here is: Which coach would be the most fun to watch get kicked in the face? While I am thinking Cable's strength may be submission holds, he could beat all of these guys by knockouts.

Despite the likelihood Belichick would sneak a knife into the fight and that Rex Ryan knows the ultra deadly sit-on-you-til-you-die hold, I am taking Sparano all the way.

I can't see the young tough minded Mike Tomlin losing in this division. The only way he'd lose would be if Mangini's obvious mob connections got him to throw the fight, but Tomlin seems like a man of integrity

An interesting division, but I am taking Del Rio. His linebacking power would be too much for the former DB's and QB.

I'd pay to watch any of these guys whoop up on Pete Carroll, but Pete would probably pay someone to take the beating for him. Another no brainer here though. Singletary all the way.

This division is hurting for coaching bad asses. Which is a shame, because Mike Shannahan deserves a beat down. While Andy Reid sports intimidating size, I think his lack of mobility would hurt him. Phillips by default.

I am glad that Sean Payton won the Super Bowl last year, because he is going to get throttled in this Cage Match division match-up. Morris has youth, but Mike Smith seems to be in good shape for his age. Morris in a great match against Smith.

Maybe the best match of the first round takes place in this division. Two former LB's here, Jim Scwartz vs. Lovie Smith. I see Smith prevailing despite an age disadvantage and initially being taken a-back when he sees that Jim's Schwartz is as big as his. In the end I am prescribing to Johnny Cash's A Boy Named Sue theory here. Any boy named Lovie is going to grow up being a bad ass. 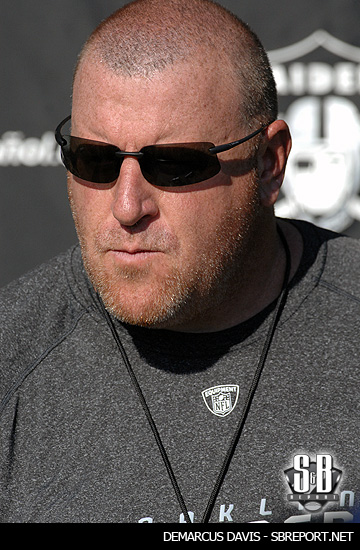 Tom Cable is in training and increasing his strength and mobility. Cable has hardened himself while working under scrutiny in Oakland. Randy Hanson can and has attested to the force and speed of his blows. As a former lineman, he should be good with his hands and excel in the interior and ground aspect of UFC. 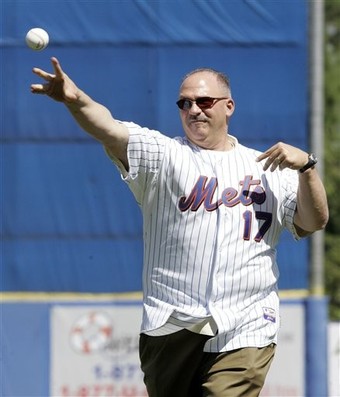 A little out of shape and he obviously throws like a girl. The South Beach lifestyle has softened him up a little bit. He will need to have some mobility as I don't see him winning on just strength. The 'stache could leave him vulnerable to the dreaded facial hair pull. 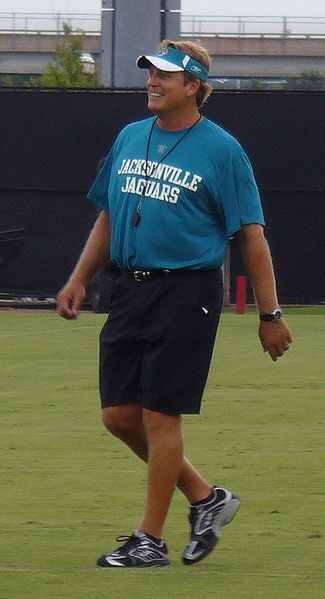 Always a tough nosed player, but may be a little out of shape. His belly is looking disproportionately large compared to his calfs. Still, he should be a good mix of speed and strength. Have too many hours spent in a suit softened Jack up?

Mike Tomlin: Age 38 A former WR/TE for William and Mary 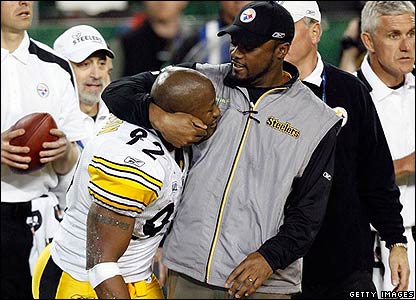 Tomlin features solid head-lock technique and keeps himself in good shape. Youth is on his side, but size is not. He will have to use his quickness and stay out of the reach of the bigger guys. Also must avoid hanging out with his QB the night before a match. 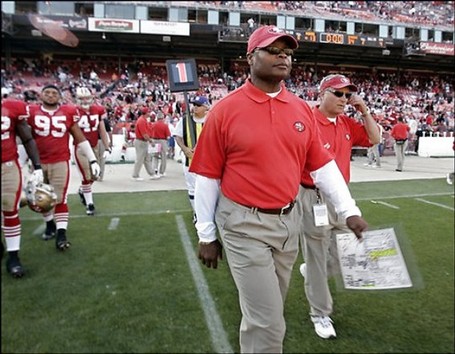 Wade Phillips: Age 63 a former LB from the U of Houston 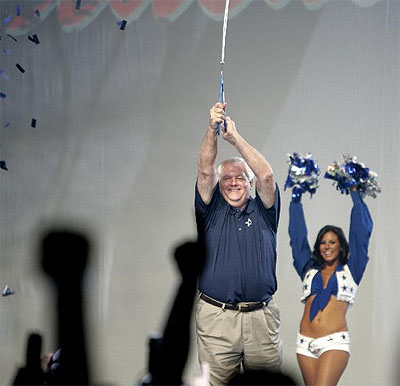 The oldest coach to advance. Is that a light-saber he's holding? Unless it is, things aren't looking good for Son of Bum. 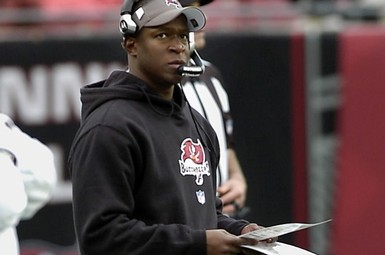 Raheem has youth going for him. Which is good, because his lack of size limits his knockout power. He will have to avoid early knockouts and win on stamina. His hope will be to use quickness and extend bouts. Then hope for his opponents to suffer cardiac arrest, which may be a more likely possibility than we realize.

Lovie Smith: Age 52 All-American LB and Safety from U of Tulsa 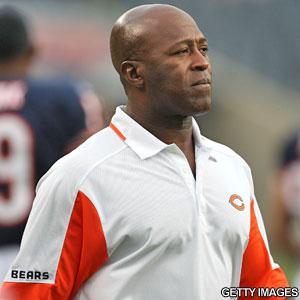 Lovie seems to keep himself in fine shape and it is hard to get soft working in a city like Chicago. He will have decent mobility, but probably be a little over-matched in the strength department to some of the bigger guys. Still, he grew up quick and he grew up mean. His fits got hard and his wits got keen.

Eight coaches enter, but only one can leave with the belt and less importantly their lives.

In my head I had Cable going up against Singletary in what has now come to be known as the Bay Area Beatdown. Singletary initially used his speed to his advantage, but his age found him slowing down. When he tried to force his will through sheer power of intensity, Tom Cable gouged out his bulging eyes and then Hansoned his face.