As my favorite SOB and yours reported below, the Raiders receiving corps decided to take a three hour tour through the Bermuda Triangle. If you or anyone you know has any information regarding the whereabouts of any of the Raiders WR's please contact 1-800-OHH-SHIT.

It may not be quite that bad. The only injury that is being reported as serious is Jonathan Holland's ankle. Although Jacoby Ford (quad) and Paul Hubbard (hamstring) both have injuries that can linger.

Let's hope Ford doesn't miss any significant amount of time as he seems to have some nice momentum going. His quad is just listed as sore, but quads and hamstrings are fickle things. See Mike Mitchell 2009.

On the bright side, Nick Miller is still going strong and if there's one thing I've learned about Miller is that you can count on him being ready to play on Sundays.

Enough of this depressing course of conversation and on to brighter things: At least we're not the Broncos.

The rest of the Raider related tidbits. Day 8 of camp was not just the day following 7 and preceding 9, Day 8 was special. The professional liar was in for a visit. The Mort Report brought its bus into town for an intimate sit down with Al Davis. A telling interview that finds Al opening up on his deepest feelings and plans for the future.

Jump on in for a link to this breathtaking interview...

Wait, as I was looking at Rated-R's link below apparently the interviews were with Nnam and JC. Surprisingly it was a good and fair read and Mort even said later that the Raiders had a shot at the playoffs. Mort couldn't resist that Napa Kool-Aid. Here's a picture of Mort's bus leaving camp: 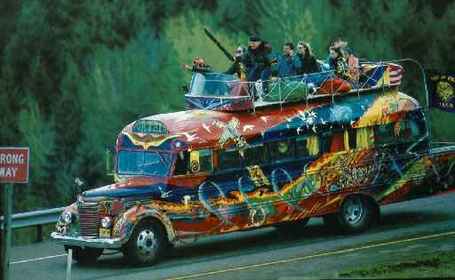 That a kid, Mort. We knew you'd see the light.

To celebrate this joyous occasion Coach Cable had a live (tackling to the ground) practice in the morning. Cable was not impressed with the action he saw, but was not surprised either. Cable:

It looked like the first time we had been tackled or tackled anybody, but that’s why we’re doing it because it’s obviously been since last January when we tackled anybody, so we’ve got worked to do.