Oakland Raiders' Aaron Curry: Everything You Need to Know About Newest LB

Share All sharing options for: Oakland Raiders' Aaron Curry: Everything You Need to Know About Newest LB

Aaron Curry comes to the Oakland Raiders in a move that made sense for everyone involved. The Seahawks get a couple of draft picks for a player they were going to cut. The Raiders get a much needed linebacker, and Aaron Curry is going to the team where he has the best chance to start.

Raiders acquire Curry for a seventh-round pick in 2012 and a fourth or fifth-round conditional pick in 2013. It is conditional based on Curry's playing time.

The league has yet to stamp the deal with its approval, but this appears to be a mere formality. Aaron Curry must also pass his physical. This is also a formality as there are no injury concerns. 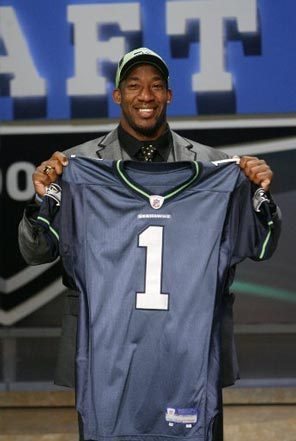 Curry was the No. 4 pick in the 2009 draft. He is 6'2", 255 pounds, and has 4.52 speed.
His contract was recently restructured. The Raiders would be able to cut him next year and would owe him next to nothing.
Jump over for much more....
Career Stats via NFL.com
Vittorio Tafur dug up some great—although discouraging—stats on Curry's coverage ability.

Quarterbacks were 8-for-8 for 120 yards throwing in Curry's direction this season, according to Stats LLC. For his career, Curry has allowed 62 catches in 76 attempts for 613 yards and six touchdowns for a 126.6 passer rating. 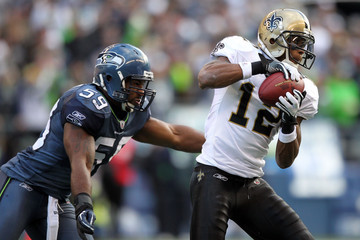 Matt Williamson of Scouts Inc. and quoted on ESPN.com:

"I would not object to any team adding him. He has a very diverse skill set. Seattle has not handled him well at all from a scheme perspective and he deserves his share of the blame too for not living up to expectations. But Curry seems like a terrific risk for Oakland or for just about anyone else."

Greg Bedard of Boston.com came to this conclusion on Curry after talking to several NFL executives:

Mora and current Seattle coach Pete Carroll both targeted Curry as a linebacker on the strong side, where you have to be strong enough to hold the edge against the run and athletic enough to cover running backs. But Curry seemed more suited to the weak side, where players are free to make plays and rush the passer.

In his short career, that’s when Curry has been at his best. But some doubt that he’s a good enough tackler in the open field to play the "Will’’ linebacker spot.

According to one NFL executive, quoted on boston.com, "Curry may ultimately be better with a hand on the ground."

"His critics would point out that he lacks instincts in the zone and is a step slow in coverage ability but he's proven to be strong against the run and on holding the edge against tight ends. The Seahawks have moved away from the 'under' front they used a lot last year, with Curry up on the line of scrimmage and acting as a force on the strongside edge.

"This season, the Hawks are featuring more looks with the linebackers back off the line and playing in space, and it appears that Curry really didn't have a place on this team. They tried him at weakside linebacker and restructured his contract early in the year but he recently lost his starting job to rookie K.J. Wright."

Here is O'Neil's take on Curry from his last game with the Seahawks:

I'd say that Aaron Curry's play was the most disappointing and perplexing. At first glance, he just looked lost. I think he's way too in his head. Still. 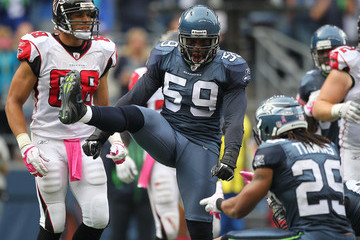 In all honesty, Curry sounds a lot the outside linebackers the Raiders already have. He has poor instincts. He is terrible in coverage, but he has good size and speed.

The most promising thing to come out about Curry is that Danny O'Neil reports he was strong against the run when near the line of scrimmage.

At the very least, Curry will provide some much needed depth. It seems likely that he will be able to replace Groves on the weakside, and provide a boost in the run defense.

He will also be able to fill in for Wimbley on the strongside, which will free up Wimbley to play more DE. This could be especially valuable while Shaughnessy is out with his shoulder injury.

Curry himself may also turn into a solid DE on passing downs.

The Raiders have always had good success rejuvenating careers of players just like Curry. He has serious athletic ability and the big potential that comes with it. If the Raiders can put him in a position to succeed it will build his confidence. The sky could be the limit in this scenario. If Curry can get out of his own head and develop his feel for the game he could be a very valuable piece to this defense.

That's the best case. The worst case scenario is Curry continues to suck the Raiders cut him loose at the end of the season and they are out a couple of low draft picks. It is a low risk move that comes with a high ceiling. The Raiders needed to sign a linebacker anyway, and even with his faults, Curry is a better option than anything that was out there too sign.

This was a very solid trade and aggressive move to fill the holes on this team.