Oakland Raiders: Kyle Boller Can Lead This Team to Playoffs

Share All sharing options for: Oakland Raiders: Kyle Boller Can Lead This Team to Playoffs

No one wanted to see Kyle Boller under center this season for the Raiders. Jason Campbell was playing as good of football as he has at any time in his career. Yet that very fact tells me this team can succeed even with Boller chucking the pigskin.

Campbell's success was as much a function of this offense as his skill.

He was playing solid, but certainly not fantastic. He created a couple of nice plays—one to Michael Bush deep against the Jets, and one on the Schilens' TD against the Texans—with awareness and using his feet, but other than that he was just running the offense.

Campbell is not the type of QB that is going to go through reads to beat a defense. His success came from good playcalling and plenty of good targets to throw to, and that was all made easier by a fantastic running game and solid pass protection.

In other words, Kyle Boller simply has to become fluid in this offense and the Raiders will not suffer much of a dropoff. And, this offense may actually improve in one huge area. Jump over for more....

Jason Campbell has been horrid on deep passes. In fact, he was ranked 33rd in deep pass completion percentage heading into the Browns game. Kyle Boller can easily improve on this. 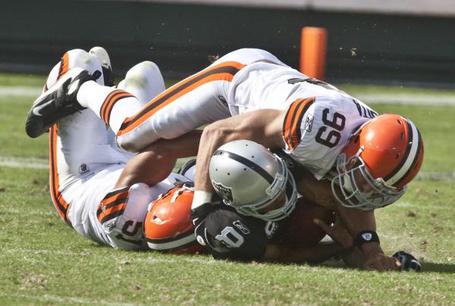 This was not the end of the season

Like I said earlier, Boller needs to work on becoming fluid in this offense. This means making quick and smart decisions. QB guru Al Saunders will be there to help him every step of the way with this.

Boller's performance filling in for Campbell was certainly nothing to write home about on Sunday, but it wasn't horrible either. Let's review:

Boller had two bad passes. Both were amazingly horrid, and both were on deep outs. One to Denarius Moore and one to DHB. These were the only two deep outs he attempted. He has to get better at these. He has the arm strength. Hopefully, repetitions with the starting receivers will help.

Two incompletions were drops on decent passes. One to Ford and one to Tonga. He had one throw away. And his only other incompletion came on the first drive of 4th quarter and that was just a blatant miscommunication.

The rest of his passes were on point.

He had a wonderful deep pass to Schilens on the first drive of the second half. The ref ruled it out of bounds, but it wasn't. Schilens made a great grab, and easily had both feet in. It didn't matter. Satele held on the play. 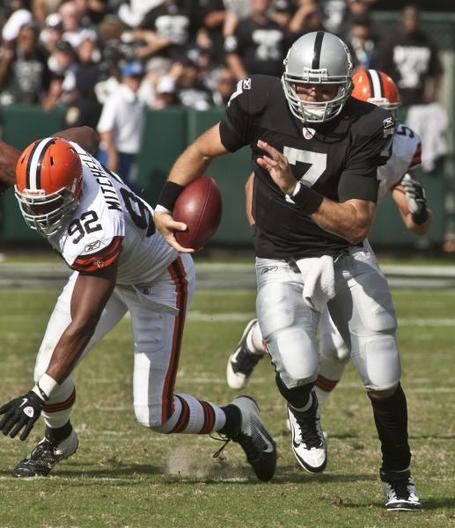 Boller showed off awesome escapability after Coope Carlisle whiffed on a block. He may have a slight edge on scrambling over Campbell, who was a decent scrambler. And although I can't recall ever seeing Boller slide, I am just going to go ahead and say he is WAY BETTER at it than Jason.

Also, Boller starting undoubtedly makes Mrs. Boller happy—and a better candidate for airtime—that has to count for something right? 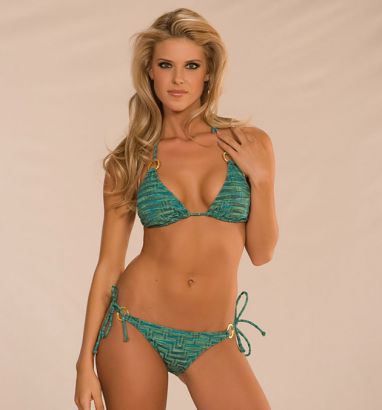