Chiefs vs. Raiders: Running on Chiefs Won't be as Easy as it Appears

Share All sharing options for: Chiefs vs. Raiders: Running on Chiefs Won't be as Easy as it Appears

The Kansas City Chiefs are ranked 21st in the NFL in rushing yards allowed, but they are playing better against the run then that number suggests. They are allowing a very solid 3.8 yards per carry.

They are pretty solid on levels of the defense. They are 10th in the league stopping teams from getting first downs when the run the ball with two yards or less on third and fourth down. Jump over for more....

They are seventh in the second level and fourth in the open field. These are always key numbers against the Raiders as this is an explosive run game that can pop for TD anywhere on the field.

If they have a weakness on run d it is that they aren't stuffing many runs. They are just 21st in the league holding teams to zero or less yards per carry. The Raiders will need to take advantage of this as they need to make sure they avoid obvious pass situations while either Carson Palmer adjusts to his new team or Kyle Boller attempts to hold down the fort. This is something they should be able to do. The Raiders have had the 10th fewest runs stuffed. 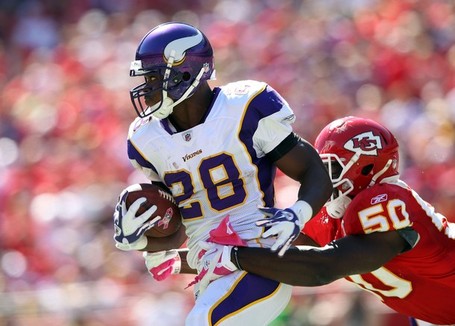 They are stronger defending runs when the offense goes to the right. And the weakest, ranked 24th, when teams run up the gut.

The Raiders are going to have to have some success in the pass game to consistently move the ball. They should be able to consistently get positive yards, but they will have to keep this defense somewhat honest by hitting for some big plays on play actions.

The Chiefs will be tough to run on if they don't have the fear of the pass.