Ahoy, Raider fans! RaiderDamus is back again for another thrilling installment of the Fantasy Foretelling. This week is Chiefs week, and you all know what that means- a knock down, drag out fight. Let's look ahead to the future and see what you should do with the real-life players on your make believe team.

We'll start with the opposition. The Chiefs have been beset by injury this year. I almost feel sorry for them, but then I remember they are the Chiefs and hey, screw them. They have exactly two skill players healthy- Dwayne Bowe (who is awesome) and Matt Cassell (who sucks, but Dwayne Bowe makes him look better than he is). The rest of the team is a mess of broken limbs and shredded ligaments. I think the NFL should just put the entire franchise on IR and let them try again next season. That would be the merciful thing to do, like shooting a horse with a broken leg. However, the Chefs are a proud franchise* who will not let a little thing like injury woes stop them from achieving their destiny, which is to keep the Miami Dolphins from ever drafting a franchise quarterback. That's great, but who are the... 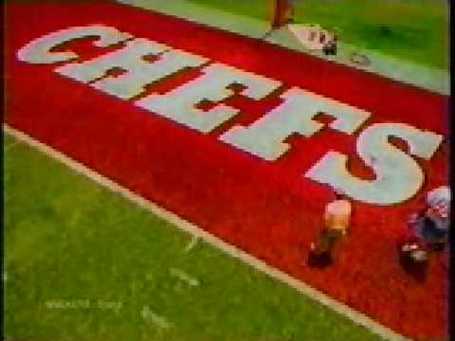 Matt Cassell- Oh God, please don't tell me you or anyone you know drafted this buffoon. He is erratic, immobile, and noodle-armed. Do you know why Dwayne Bowe, who is awesome, makes so many acrobatic catches? It's because Cassell throws him terrible passes and Bowe has to contort his body like a Ukrainian gymnast to catch them. Boo. Hiss. Go away. 200 pass yds, 1 TD, 3 INT.

Dwayne Bowe- Start him. As I have mentioned previously, he is awesome. He will catch Cassell's lone TD pass by leaping high into their air and possibly doing a flip of some kind, and miraculously landing in bounds. Raider fans will curse and drink whiskey. Chefs fans will gasp. Dwayne Bowe will calmly hand the ball to the referee and go about his business because those kind of ridiculous catches are sort of what he does for a living. 120 rec yds, 1 TD.

Jamaal Charles Thomas Jones  Jackie Battle- Who? When I saw the Chiefs were starting Battle after Charles' injury I thought, "The Chefs signed Arnaz Battle, former Niners and Notre Dame Fighting Irish runningback?" But no, this is Jackie Battle. Here is a picture of Jackie Battle in college at the University of Houston:

and here is a picture of Battle as a Chef:

So basically the Chiefs drafted somebody who looked like Oscar Gamble and turned him into boring old Brandon Roy. Good for them. Battle will nab a couple rebounds, get four assists, and drain two three-pointers. Ha ha, just kidding. He will do nothing against the Raiders. Bench him with impunity.

That's it. The Chiefs don't have anyone else. Their rookie WR, Jon Baldwin, is still recovering from the broken finger he suffered when he stupidly attempted to punch Thomas Jones. We can move along now.

Raiders QB ??? - I have no idea who is going to start for Oakland at QB on Sunday. I think Boller SHOULD start to give Palmer more time, but I don't know if he will. There have been reports that Al Saunders said Palmer will start, but that is Hue Jackson's call and he told the media not to believe anything until Jackson says it personally. So far, Jackson has kept mum because he can. I, on the other hand, write this column on Thursdays and I don't have that luxury. So I'll just go with "Raiders QB" and you can fill in the blanks. For our purposes here, in this fantasy column, nobody in their right mind owns either Kyle Boller or Carson Palmer so the point is moot. Raiders QB will throw for 250 yards and two TD with one pick. Nobody will benefit unless Jackson names a starter tomorrow or Saturday and you pick whomever it is off your waiver wire. Don't bother doing that. Palmer is an excellent prospect going forward but not this week. If the starter happens to be Boller, don't do anything with that.

Darren McFadden- Start him. No matter who the Raiders QB is for this week, McFadden will be the focal point of the offense. The Chiefs don't have anyone who can stop him. Their only hope is that the Raider offense becomes one-dimensional and they can stack the box. However, a box full of Chiefs is about as effective as a box full of Froot Loops at containing McFadden. He will go up the middle for big yardage, and catch screens for bigger yardage when KC futilely attempts to blitz. McFadden will rush for 160 yards and a touchdown. He will catch three passes for 40 yards.

Darrius Heyward-Bey - Start him. Finally becoming a top receiver. Whomever the Raiders QB turns out to be, DHB will be a big part of the game plan. The Chiefs will probably put Flowers on him, but that would be a mistake, because the Raiders have three other good WRs and Flowers can't cover all of them. With Berry out, Flowers is their only good secondary player. DHB will get 80 rec yds, 1 TD.

Denarius Moore/Chaz Schilens/Derek Hagan/Louis Murphy? - One of these guys will step up and be lights out awesome. However, I don't know which one. I'm inclined to go with "the fastest one", which would be Moore. In any case, the group of them will combine for 110 yds and a touchdown. If you have Moore, this would not be a bad week to start him.

Oakland defense- This is the week the Raiders defense steps up and plays really well. We will sack Cassell a lot, we will shut down their running game, and we will pick Cassell off three times because he can't step into his throws. Start them unless you have a way better defensive matchup.


So Raider Nation, the Raiders' bye week is next week which means you can't start them in your fantasy leagues. What sort of backup players do you have who can be started in their place?