Raiders' Season Comes Down to 1 Game Against Texans

Share All sharing options for: Raiders' Season Comes Down to 1 Game Against Texans

It is downright stupid to say any team's season comes down to one Week 5 game. That is just going way to far for one game this early in the season. I am going that far though.

If the Raiders win this game they will go to the playoffs. If they don't they won't.

Jump over for my reckless logic....

The Raiders have to prove they can win a road against a non-division team. They haven't done this since the Gradkowski homecoming game against the Steelers.

Second, this defense has to prove it can slow down a good offense. They have yet to so. They have to find a way to slow down the Texans run game. They don't have to stop them. They just have to stuff enough runs to get off the field.

The Raiders won't have to worry about the spread out, quick hitting passing attack like they faced against the Bills and Patriots. They will be able to focus more on stopping the runs. I don't expect them to shutdown the run game—just slow them down. 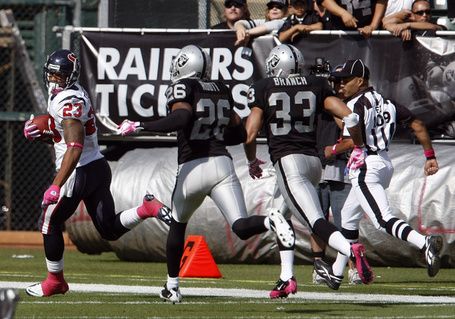 If they can't do this, there will be enough writing on the wall proclaiming this defense sucks way too much running back to make it to the playoffs.

Why a Victory Will Lead to the Playoffs

If the Raiders win this game they will have shown they can beat a good offense on the road. The defense will have at least shown that they can abstain from being so putrid that they doom the team.

If the Raiders can win this game I am confident that they can win those three. And once they end this out of division road game jinx, next on the list is the destruction of the game after the bye week jinx.

That will leave the Raiders at 6-2. Meaning four wins over their next eight games would get them into the playoffs and five definitely would. Those games will be at the Chargers, Vikings, Dolphins, Packers and Chiefs, and at home against the Bears, Lions and Chargers.

I feel confident about them getting four or five wins out of that group. 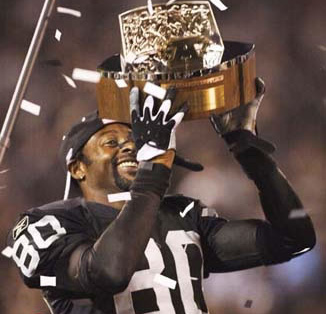 A lot can happen over the course of the season. Obviously, losing to or beating the Texans is far from a guarantee of either scenario playing out. But that doesn't change the fact that if they win I will be expecting playoffs, and if they lose I will be rooting for improvement.