Well folks, it's time that I finally make a mock draft. I've held off for quite awhile doing this to some proper research and such. Looking through several other mock drafts, scanning prospects, and looking at needs, I've comprised a mock draft of the Oakland Raiders draft. 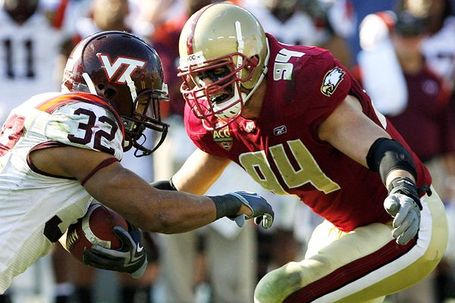 At 6-3, 250 pounds, Herzlich is an absolute massive force against the run. The Raiders are desperately in need of a guy at OLB who can those edge rushes that killed the D last year. The middle of the defense held itself pretty well with Kelly, Seymour, and McClain, but the OLB duo of Wimbley and Groves were torn up. This was due to their lack of awareness, agility, and tackling ability (though that's more Groves than Wimbley).

Wimbley will probably keep a starting job due to pass rush and the fact he fared better than Groves in all areas except coverage (surprisingly). Thus Groves will probably be getting demoted and for good reason if Herzlich comes in. Herzlich has one major trait that goes under the radar. Not his coverage (though with four INT's, he's definitely strong in that area), but his ability to take good pursuit angles. A fundamental football trait that Raiders linebackers have lacked for nearly a decade.

Herzlich's great awareness lets him quickly find the ball carrier and cut him off before he gets going. Travis Goethel does this very well himself. It's a key trait in a good linebacker, and Mark has more than enough of it as he led Boston College to the 2nd ranked rush defense.

Herzlich gets the pick here over Dontay Moch because Moch doesn't stop the run anywhere as well as Herzlich and played in a much weaker conference with not as good of stats. Herzlich is also picked over a DB because if the Raiders can't stop the opposing ground game, they have no hope of stopping the pass attack. This we have seen for quite some time. Finally, I didn't pick an O-Lineman because I believe the defense needs more work than the offense right now. 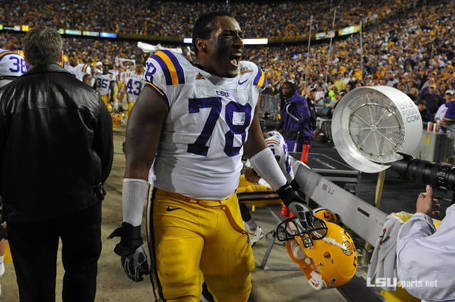 There's talk that Barksdale could drop into the third round, if he doesn't then this pick goes to either Marcus Gilbert or Orlando Franklin whom are both offensive tackles. Why? Because Hue Jackson needs power blockers for his line and all three fit the bill. I will focus on Barskdale though. He's got great size at 6-5, 325 and blocked for a great LSU rushing attack that was similar to what the Raiders want to run.

Barksdale projects as a RT in the NFL, which is fine as Veldheer has the left spot locked up. Barksdale is an improvement over whatever the Raiders have at RT and could push Langston Walker back to the natural RG spot. Barksdale is much more of a run blocker, though he's not too shabby in pass protection. Again, he's a definite improvement in that department over the current Raiders roster. He doesn't have a high ceiling, but brings immediate impact and immediate improvement.

OT gets picked over a DB because Hue is an offensive minded coach and he doesn't yet have the right players for the power blocking scheme he wants to run. Barksdale reminds me of a less whiny Jared Gaither, a guy Hue had the pleasure of being on the same team with. I think Hue Jackson won't be able to resist Barksdale if he drops to the Raiders pick and might even trade up for him if needed. However, this pick could very easily be a corner.

Secondary Pick: aforementioned OT alternates, a CB such as Ras-I Dowling or Chris Rucker, or best available OLB if Love is picked in second round 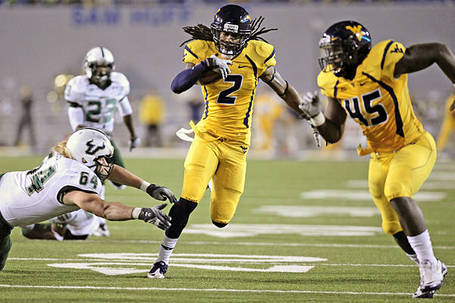 Long have I said that there is no way Robert Sands doesn't get picked by at least the second round. Who can blame me? After watching nearly every game he has played as I am West Virginia resident, I can firmly state that Sands has first round talent. And if he gets picked in the first, I wouldn't be surprised.

However, he has been inconsistent and has injury problems. He also has played in a weak conference and can vanish in big games (especially bowl games). I think though that Sands just needs better coaching. WVU's coaching is spotty at best, especially with the secondary. Any NFL level coaching would be a huge help.

Sands is fast, has a knack for getting the interception, and is a very good tackler. Raider safeties fill only the speed part of that equation. The Raiders desperately need better tackling from the safety position and Sands is more than capable of giving them the aid they need. Occasionally he'll go for the big hit and whiff on it, but more often than not he'll bring down the ball carrier. Plus at 6-5, 221, Sands is the athletic freak of nature Al Davis loves. You could see the Raiders take him as early as round 2, maybe even trading up in the third or fourth to get him if he slips that low.

Call me crazy, but a good safety against the run who can get turnovers consistently is a bigger need than corner. Sands is a once-in-a-lifetime player, and the Raiders need a future star. Sands could be the next Polamalu, he's just that good with that high of a ceiling. If Sands is taken earlier by a different team, than safety Deunta Williams is my pick. They have similar skill sets and both can start immediately. 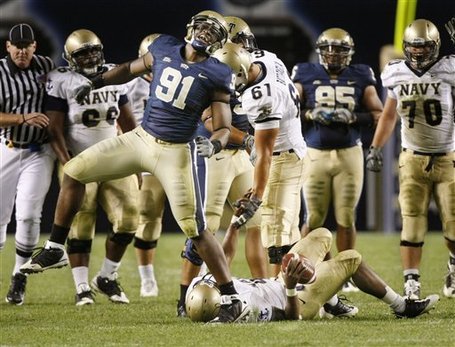 6-6, 270 pounds. Romeus is a big DE with 19 sacks in his collegiate career offers the Raiders great DE depth which they desperately need. I doubt Lamarr Houston has another injury free year, and who knows how Trevvor Scott will be after a season ending injury. Romeus was injured most of his senior year, however it was the only injury he had to that point.

A DT/DE hybrid in college, Romeus doesn't have the weight to really do the same thing in the NFL. However, he plays the run well and the Raiders need a consistent run stopper DE. Romeus improves the rotation and gives the Raiders needed depth. 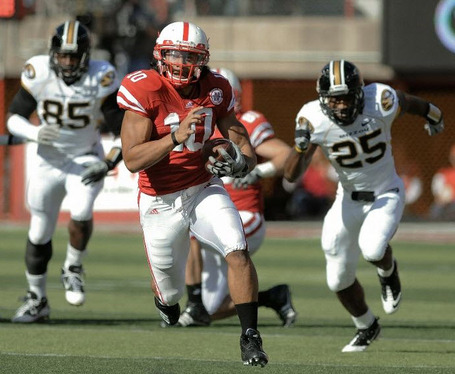 The Raiders really need a good third running back. In today's NFL, you have to be three backs deep. I wouldn't count on Bush and McFadden to be as relatively injury free as last year. Plus, it's nice to have a good three back rotation ala New York Giants 2007. Roy Helu is a good balanced back. He brings a good blend of speed and power which would allow him to fill both Bush and McFadden roles.

There are issues with his ability to hold on to the ball, and he can disappear at times. But with limited carries as the third back, these shouldn't be concerns for Oakland. If Helu is taken earlier, as he very well could be, then this pick belongs to Evan Royster. A big name in college, a balanced back, but consistency concerns definitely drop him in this range. 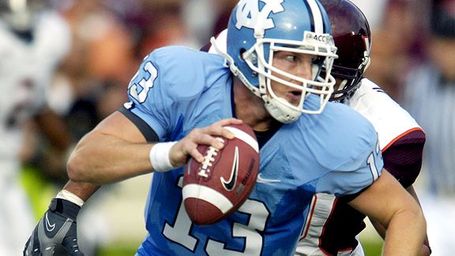 Though I don't want, the Raiders will probably take a developmental QB. Yates fits the bill. He's got a strong arm, great accuracy, a good awareness. His running ability isn't as good as it could be, and he's pretty inconsistent at times. However, Yates is an underrated QB with a whole lot of potential.