With all of this free time I figured it'd be a good time to look back at some of the players that have helped build the Raider mystique. The history of the Raiders is littered with some of the most interesting players in the history of sports. For some of these guys their stories off the field are more interesting than the ones on it. I am going to start off with one such individual: John Matuszak.

"You can get bruised when you cruise with the 'The Tooz.'" John Matuszak liked to throw out that disclaimer for anyone brave enough to try and party with him.

The Tooz wasn't just blowing smoke either. He was so out of control that Tom Flores, asked Ken Stabler to let Matuszak move into his condo so that he could "move out of the trunk of his car."

Stabler didn't have to clear a lot of room in his fridge for The Tooz. According to Stabler, Matuszak lived on Cheez Whiz, bagels and Crown Royal. Jump over for more....

It was his wild ways and hard-partying lifestyle that caused Matuszak to jump from team to team, despite the fact that he was a 6'8", 280 pound man/beast taken with No. 1 overall selection by the Houston Oilers in the 1973 NFL Draft. Matuszak's stint with the Oilers didn't last long—one season. He and Oilers coach Sid Gillman did not see eye-to-eye, and he signed a contract with the Houston Texans of the WFL while he was still under contract with the Oilers. The Oilers didn't appreciate that, and traded Matsuzak to Kansas City. 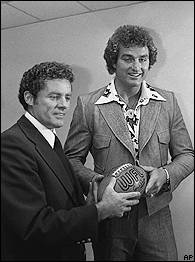 It didn't take the Tooz long to make a name in KC. He was booked for marijuana possession his first season.

In his autobiography, Matuszak wrote that he was shipped out of Kansas City not long after his wife found him unconscious after a dinner of sleeping pills and alcohol. She called his coach, Paul Wiggin, and Wiggin ended up reviving Matuszak by pounding on his chest.

Matuszak and his just-mentioned wife had a not unexpected rocky relationship. She once tried to run him over in her car after a fight. Matuszak fled to a cemetery and effectively used gravestones for cover. Tooz was shipped out of KC not long after this incident and his overdose.

He was traded to George Allen's Redskins in 1976, and he was gone by the end of preseason. George Allen was asked why Tooz was cut and simply said, "Vodka and Valium, the breakfast of champions." It didn't take Al Davis and the Raiders long to acquire him. He played in 13 games for them that season.

I'd give you some of the Tooz's stats with the Raiders, but they didn't keep stats for tackles or sacks then. It is safe to say that Matuszak was a key piece of a Raiders defensive front for two Super Bowl champions. While Matuszak's play on the field improved his behavior off it did not.

Matuszak was once arrested for a DUISRS. For those of you not familiar with that police lingo, that'd be driving drunk while shooting at road signs. The week leading up to the 1980 Super Bowl against the Eagles Tooz told the press, "I'm going to see that there's no funny business. I've had enough parties for 20 people's lifetimes. I've grown up. I'll keep our young fellows out of trouble. If any players want to stray, they gotta go through Ol' Tooz.'

The next night he was caught out on the town at 3 am and fined.

He was a true freak of nature and an absolute beast. With his free time in the 1978 offseason he entered the World's Strongest Man competition in 1978. He didn't train for it and he placed ninth. He showed flashes of sheer dominance on the football, but never quite sustained it. His career fizzled out due to injuries and he retired after spending the 1982 season on IR.

After his career, he devoted himself to an acting career he began in the 1979 film North Dallas Forty. He had cameos in sitcoms whose names conjure up the 80s more than the word eighties. Shows like: Miami Vice, Dukes of Hazzard, The A-Team and Cheers. He had this iconic role 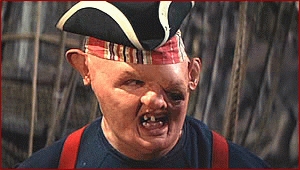 and he even starred in the action classic "One Man Force."

Matuszak's lifestyle got the best of him, a little over a year after this movie, at the way-too-young age of 38.