We've already discussed the injuries that occurred at the Raiders training camp, but the news wasn't all bad. They guys got in a good day of work. Unless they were over 30. In which case they could have the day off. There were no pads for this practice, but as we are learning, that doesn't mean much when Hue Jackson is calling the shots. Players are still getting hit.

I am going to give a brief pictorial recap of the days events, based on reports by Jerry McDonald and Vittorio Tafur. All the pictures come to us via Raiders.com.

Jump over for more highlights and the pics.... 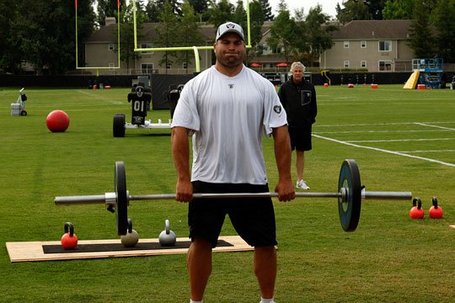 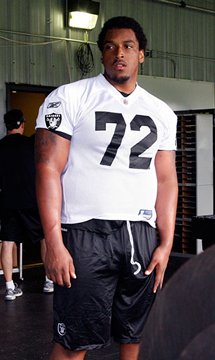 And it sounds promising early. Barksdale held his own against Lamarr Houston today. While it is way to early to read much into that, we can say that going against Lamarr in practice will accelerate Barksdale's learning curve, and most importantly his intensity meter. 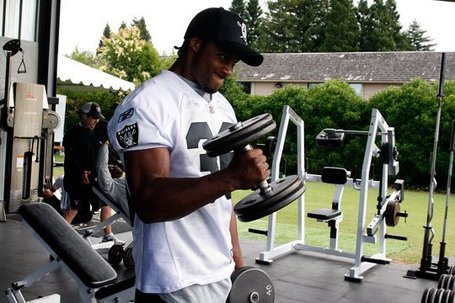 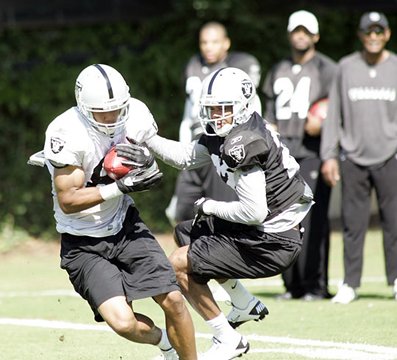 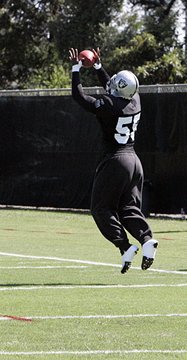 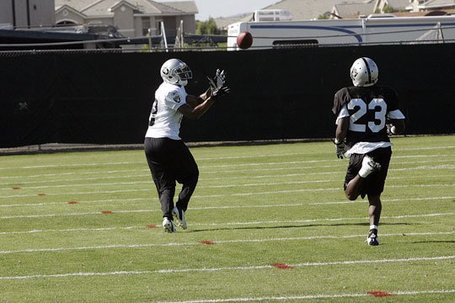 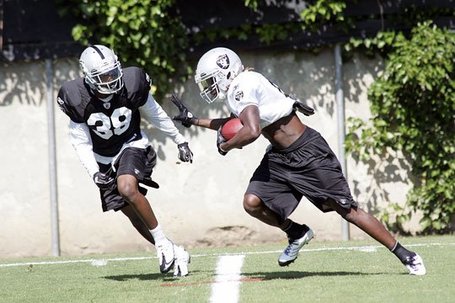