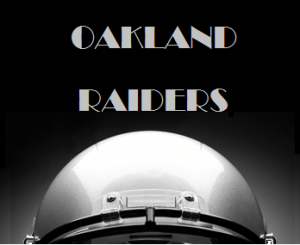 The Oakland Raiders took on the New Orleans Saints this past Saturday. This was a game that allowed the coaches and fans to see the starters for both teams play a significant amount of reps.

In this post, you will find a film breakdown of every offensive play in the first half (we will break down the entire game when the regular season starts). After breaking the film down, you will find grades and notes that might help you understand what you might have missed in the trenches while the play was going on.

For the most part, the Raiders' offensive line had problems every time Shaun Rogers lined up on them. The guy is a beast. Problem was that even though he was dominating the line of scrimmage he didn't really make a lot of tackles.

Lets look at those offensive line grades for the first half only... 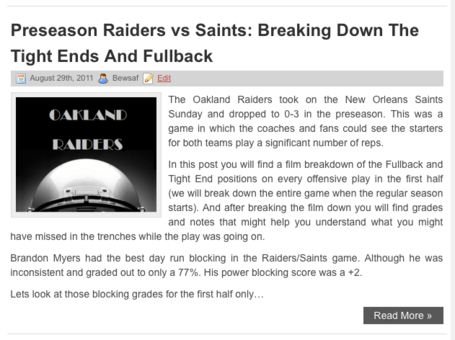