ESPN released their NFL predictions for Week 1 by their panel of misguided fools. Some would call them experts, but they have just collectively blown their expert card. Every single on of them picked the Broncos to beat the Raiders.

Is this some kind of weird media attempt at humor? How can they unanimously pick the Broncos. Sure, there are some disturbing trends here. The Raiders haven't won a prime time game in their last 11 tries. They haven't won an opener in eight years.

There are signs that the Broncos have closed the gap on the Raiders. They have a better pass rush, and improved O-line, and the Raiders could very well have a hard time stopping the Broncos passing attack, but the Raiders should be able to throttle this team on the ground. At the very least, you'd expect people discussing the NFL to put this in the realm of push.

However, the collective mind of ESPN thinks this is a gimme for Denver. Thanks to duballers23 for pointing out this foolishness. 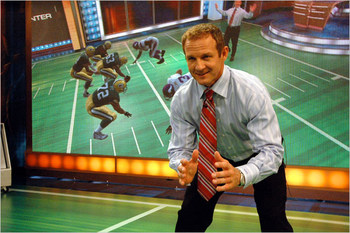