As the midway point of the 2012 NFL season approaches, Xfinity Sports Guy Austin Schindel asks which of two running backs will have a better performance this week.

It is week 9 and we have hit the mid-point of the NFL season. Like many teams, there are quite a few blog communities jockeying for position in the standings and within striking distance of the top spot. Keep representing your community by voting each week as we determine which community will reign supreme.

Last week's question involved a matchup between Peyton Manning and "Big" Ben Roethlisberger to see who would compile more passing yards in week 8. While both quarterbacks led their team to victory by throwing for three touchdowns apiece, it was Manning who threw for more yards in Week 8. Manning completed 22 of his 30 passes for 305 yards and 3 touchdowns, while Roethlisberger completed 24 of his 33 passes for 222 yards and three touchdowns.

In this week's edition of The Extra Point Poll presented by XFINITY, we shine the spotlight on two vocal running backs who look to bring their teams back from tough losses in week 8: Marshawn Lynch and LeSean McCoy. Lynch will be at home to take on the Minnesota Vikings. The Vikings rank 18th in fantasy points allowed to opposing running backs this season and were torched last week in their Thursday Night Football loss to the Buccaneers. McCoy travels to New Orleans to take on the struggling Saints defense on Monday Night Football. The Saints rank 30th in most points allowed to opposing running backs in 2012, so McCoy could have a fantasy field day for the Eagles.

Which running back will have more RedZone rushing yards in Week 9: Marshawn Lynch or LeSean McCoy? Vote now in the poll below and remember to check on the season standings to see where your community ranks. Feel free to tweet me all weekend long @XFINITYSports as I give fantasy tips prior to this weekend's pivotal matchups. 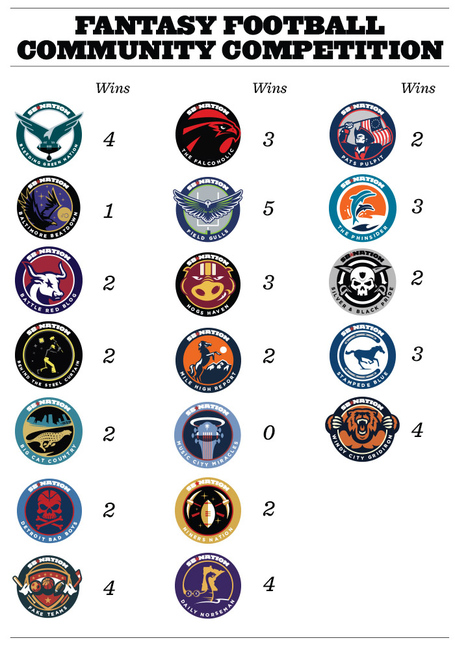