A gentleman by the name of Charles Sollars, a photographer from Missouri, started designing concept helmets. He began with the Kansas City Chiefs for whom he is a fan and after the overwhelming response, began doing concepts for every NFL and college team helmets and even uniforms.

"The designs are just my own ideas for something new." Said Sollers. "I went with the whole Nike Pro Combat idea for the College ones. Some of the others were ideas that people asked to see."

Here are a couple of the concept designs he has for Raider helmets: 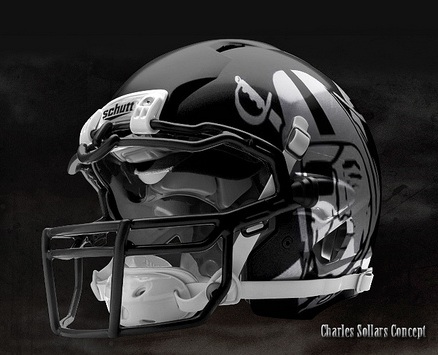 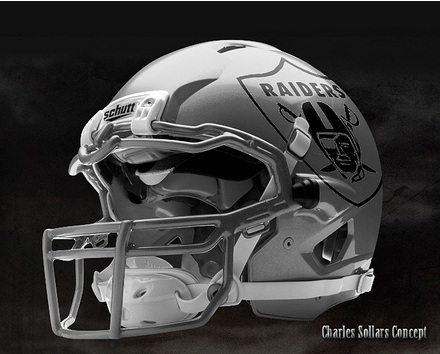 At this point, these concepts are not in production but he has been contacted by several people about possibly making some of the helmets for collectors and for special games on the college level. He hopes more requests will follow and hopes to have his design ideas gain notice from the NFL.

To see more Raiders concept helmets plus helmets for all teams in the NFL and around college football, CLICK HERE.

What would you guys think about the Raider strapping on a sleek new design helmet like these for a preseason game or special season game?