Share All sharing options for: Broncos and Manning choose each other...Tebow prepares resume

ESPN is reporting that it's almost a done deal "barring snag" that Manning will be Denver's QB. The deal will be for 5 years. The Raiders must improve fast on D - vastly improve getting to the QB.

Last time the Raiders played Peyton - 2010 - his Jersey was clean throughout the entire game (until he bootlegged for a first down). Obviously, the bar has been raised to win the AFC West... So be it!

The deal particulars will follow; for now we know that "Elway and Manning first discussed the parameters of a five-year, $95 million contract during their March 9 meeting..." 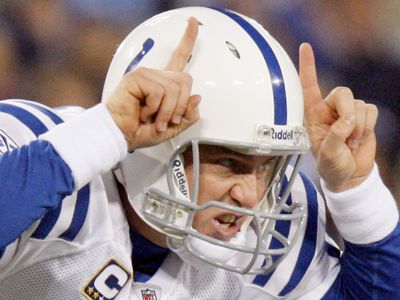