Each year, the rookies go through their rite of passage into the NFL by getting a personalized haircut from their veteran teammates. They are usually works of art ,or, perhaps more accurately, works of vandalism. Here are pics of a few of the Raiders rookie haircuts this year. 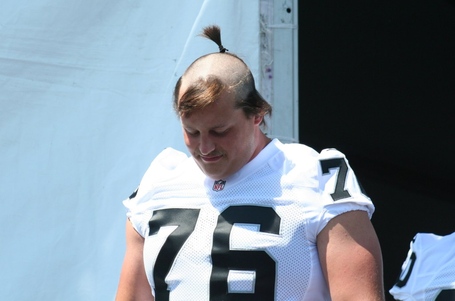 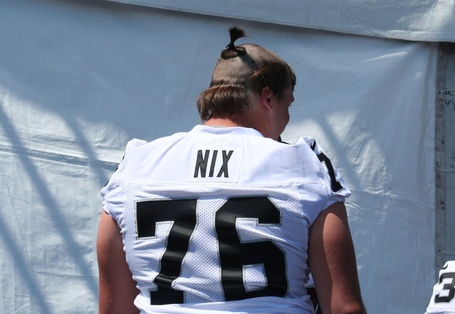 Undrafted rookie free agent offensive lineman, Lucas Nix, wins/loses the contest for the worst haircut of the bunch. They had a lot of fun with this one. 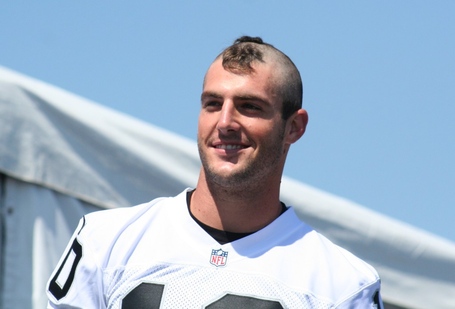 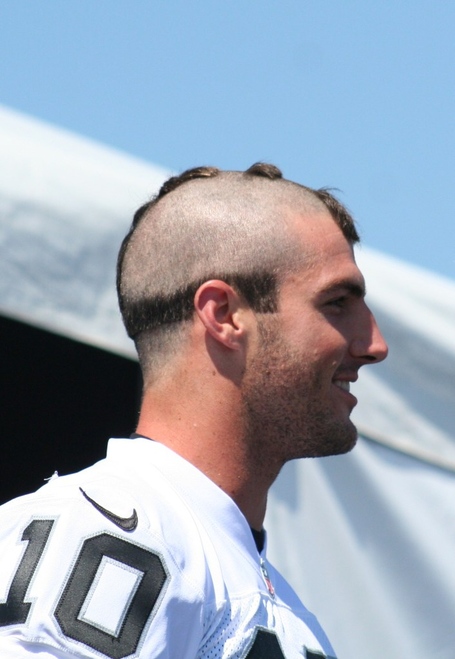 Undrafted rookie free agent quarterback, Kyle Newhall-Caballero, sports an impressive masterwork. He should get a T-shirt that reads "I was a Raiders camp arm and all I got was this stupid haircut." 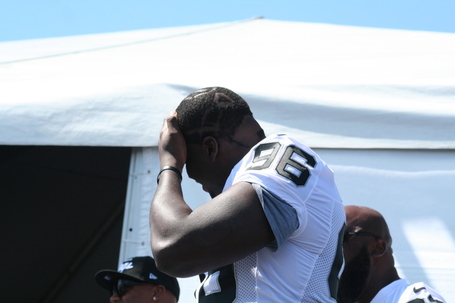 Sixth round pick defensive lineman, Christo Bilukidi, shows off the apparent alien markings that were etched into his do. 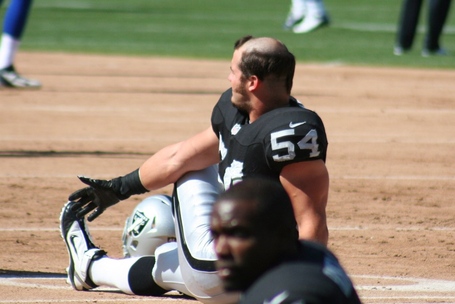 Seventh round pick linebacker, Nathan Stupar, with perhaps a preview of his hairline a few years down the road. 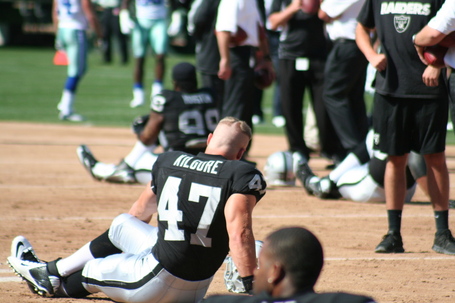 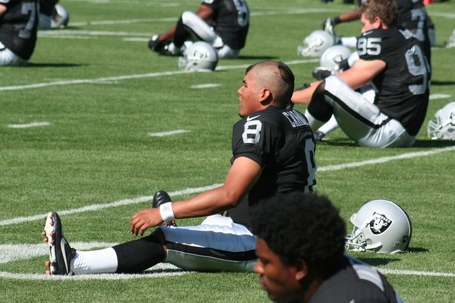 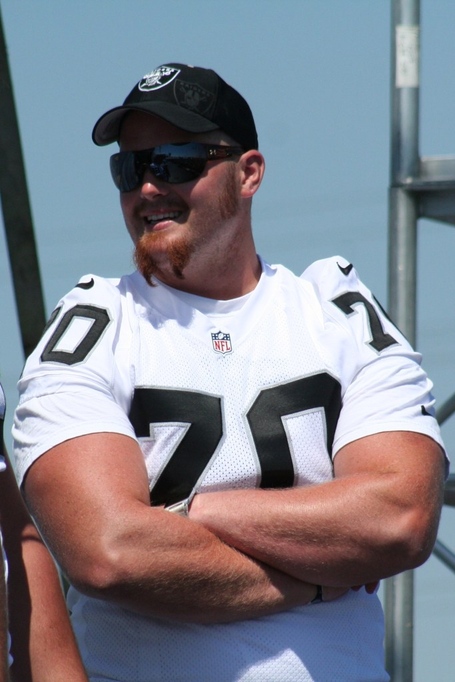 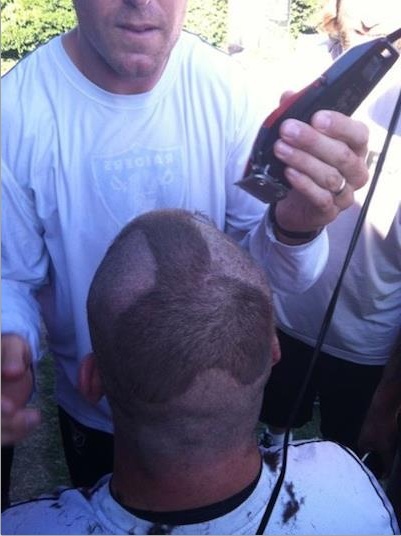 Third round pick offensive lineman,Tony Bergstrom, keeps his carrot top pretty short but Carson Palmer was still able to give him the "members only" haircut. They also did a number on his chin beard, parting it like the red sea. 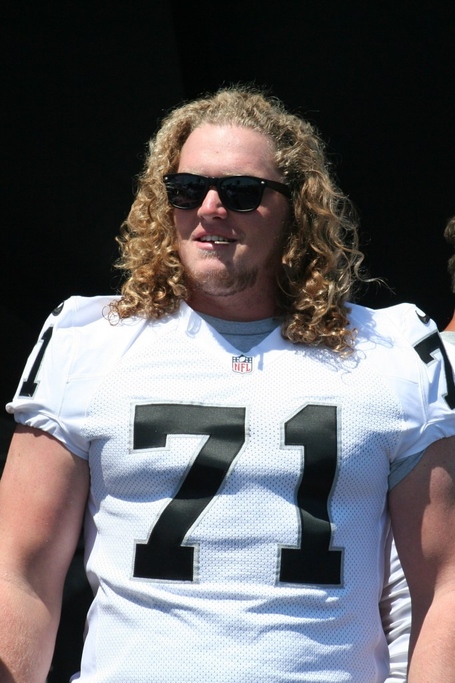 Undrafted rookie free agent offensive lineman, Dan Knapp, says 'you will have to just duct tape me to the goal post cuz you aren't touching my goldilocks.' 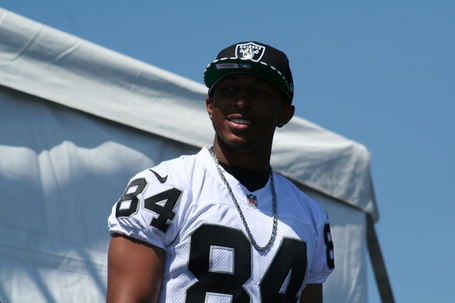 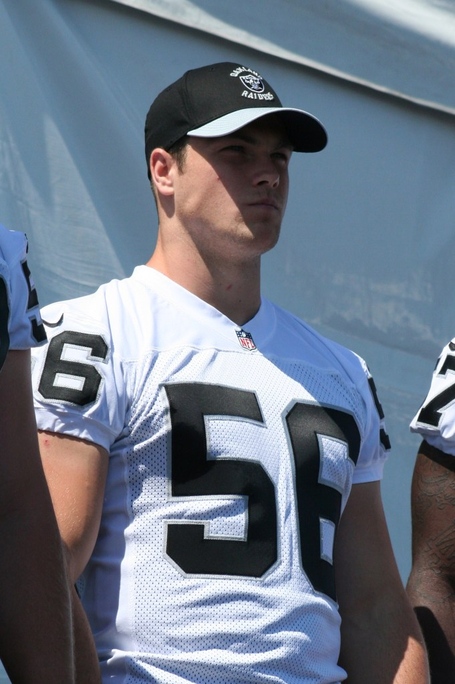 Pretty boys linebacker Miles Burris (fourth round) and wide receiver Juron Criner (fifth round) couldn't be seen in public not looking their best. 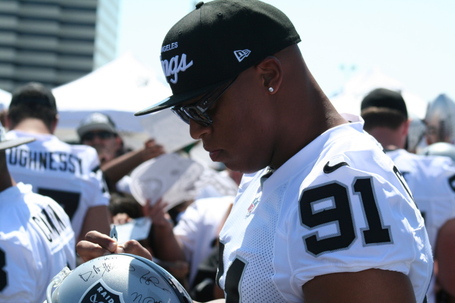 Fifth round pick Jack Crawford was already bald as a cue ball so not much to work with there.