In an attempt to quiet her critics, Beyonce Knowles took the stage at her press conference at Super Bowl XLVII and sang the National Anthem.

It was one of the more awkward and quite frankly insane moments you'll see. Beyonce takes the stage at her press conference, grabs the microphone, asks the press to stand and then belts out the National Anthem. And, yes, she did just say "Hawhat!...(so proudly we hail)" ala Lil Jon. 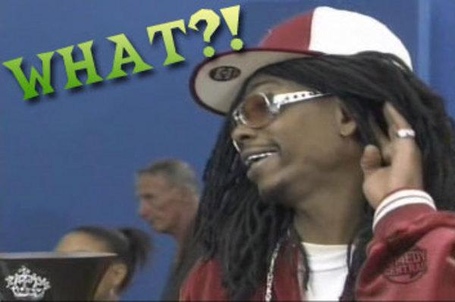 The press conference was because she is performing in the Super Bowl halftime show on Sunday. But she knew that wasn't what the bulk of the questions were going to be about.

The press was going to want to ask about the controversy involving her lip sync of the Nation Anthem at President Obama's second term inauguration last week. Here is a stirring interpretation of her "performance" at the inauguration:

This whole thing is on par with Ashley Simpson being caught lip syncing on Saturday Night Live a few years back.

Then she too tried to quiet her critics with a live performance. Hers actually was a halftime show. It was in the middle of the 2008 Orange Bowl.

That was a disaster. Simpson sounded terrible and had 70,000 plus fans booing her. Here undeserved career pretty much ended at that very moment.

The odd thing here is no one was questioning Beyonce's ability to sing. They were simply questioning her reasoning for not singing the National Anthem live at the inauguration. And while she may have kept the press from raking her over the coals for the lip sync episode, now she has brought up questions of her sanity and/or intelligence or perhaps that of her agent or publicist. That was just plain weird.

Then of course, she admitted she was lipsyncing at the inauguration and made a few excuses to fawning reporters, mugged for the cameras a few times and that was it. Looks like JayZ may actually have 100 problems after all.

What did you think of Beyonce's impromptu National Anthem at her press conference and how does it affect your opinion of her?

This poll is closed