NFL Playoffs out of reach for Raiders, but meaningful games still remain

Share All sharing options for: NFL Playoffs out of reach for Raiders, but meaningful games still remain

The Oakland Raiders have just three games left on the season and then it is vacation time for the 12th straight season since 2002. With their playoff dreams all but officially over again long before the final games on the schedule have been played the Raiders find themselves in the familiar position of playing out the final weeks for pride's sake.

With the last three games of this year all being against our dreaded divisional rivals it creates a playoffs type atmosphere for the Raiders. They likely won't get to participate in the real NFL playoffs so these last games of the year should be treated as if they are the playoff games that have been gone for so long. If the Raiders lose one game, or the Ravens or Dolphins win one game, it makes them officially mathematically eliminated so that is why they are likely not to get to participate. 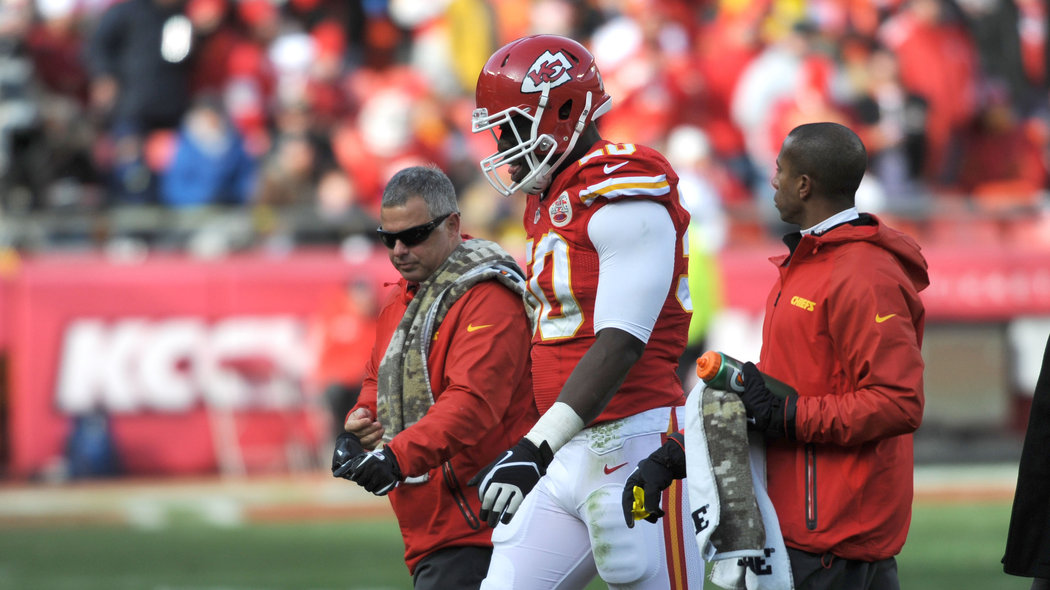 While the Raiders may lose a key defender, the Chiefs may be getting one back.

To treat these games like playoff games is to play them as aggressively as possible, it is to play them with a win or go home mentality. They need to put everything they have on the line in these last games in order to go out of this year with as much momentum as possible. Not many things for a team with a losing record would be more satisfying then to win against the other teams in the division to finish out a tough season.

It is more than just tough to picture winning even just 2 out of 3 of these last games. The Kansas City Chiefs are next and they have been a great team all season, then it is a San Diego team that is still fighting to make the playoffs, and to finish it out they get Denver who has been arguably the most dominant team in all of the NFL. There isn't a tougher stretch on the schedule for the Raiders and it comes when they no longer have anything left to play for as far as the 2013 schedule is concerned.

The fact that this stretch is so difficult is actually a great opportunity for the team and their beleaguered head coach Dennis Allen. Right now the team has the same amount of wins as last year at 4 and they face the very real possibility of not being able to improve on that number. It is hard to argue against a team's regression when the wins and losses remain the same so they absolutely need to win at least one more game to show undeniable progression from last season.

However, if they win in these next three weeks it is proof of the team having progressed forward from last season. It is undeniable progression with even just one more victory because that is a by the numbers improvement. If they can win 2 of these next 3 games it is more than just a technical improvement, it would really feel like the team is on its way up. If some sort of mini miracle happens and they win all three of these games the feelings behind that would be similar to having actually had a playoff season and would officially win over even some of the harshest critics of Dennis Allen.

It all comes down to how they end this season. Will they finish with some strong performances or will they be embarrassed? If the defense plays the way they did last week against the Jets then it will be a disgusting time to be a Raiders fan because these three teams would make it much worse on the Raiders then even the 37 points that New York hung on them.

If they win though they can change everything about the feelings of this season. They still have a chance for this season to be an undeniable success. It wont be what we all desperately want which is a winning season or a playoff birth, but finishing strong against the talent level of these next three teams would be a great feeling. Let's go Raiders, it is the last chance to show us all exactly what this team's heart is made of.