Typically the words "fierce" and "compassionate" contradict one another. But for someone like Amy Trask, they form a perfect mixture for what the Raiders needed over her 16 years as the team's CEO.

It has been a couple weeks since Trask tendered her resignation from the team she spent the better part of three decades in a passionate obsession. It began in 1982 when she was a student at Cal Berkeley and led to her joining the team's legal department five years later. Her expertise and devotion to Al Davis and the Raiders was fully realized when she was named CEO in 1997.

She was known throughout the league for her toughness and her ardent defense of the team and the owner for whom she held in the highest regard. But during her time as CEO, she used that power to be a force for outreach and compassion in the community that is unmatched.

Her first priority was always the Raiders, but in protecting the Raiders image she found a way to incorporate her passion for community involvement and her deep love for animals. Those efforts were exactly what the Raiders needed to balance out the negative public perception of the team and their fan base.

From the perspective of those who had to cross Trask in legal matters, softness was not a word they would use to describe her. It was her balance of hardnosed business oriented person and compassionate soul that made her so uniquely qualified for her position.

In my experiences with Amy, it became apparent there was no single area (outside of the Raiders) that she held closer to her heart than her love for animals. That love led her to becoming a board member for Tony La Russa's Animal Rescue Foundation - a position she will continue to hold even though she has moved on from the Raiders.

Per the Animal Rescue Foundation official website: "ARF saves dogs and cats who have run out of time at public shelters and brings people and animals together to enrich each others' lives. ARF strives to create a world where every loving dog and cat has a home, where every lonely person has a companion animal, and where children learn to care."

Trask's love for animals showed itself in the regular photo galleries on the team's website "Raider Nation Pet Delegation" which featured pets in Raiders gear as well as Raiders fans with their pets. 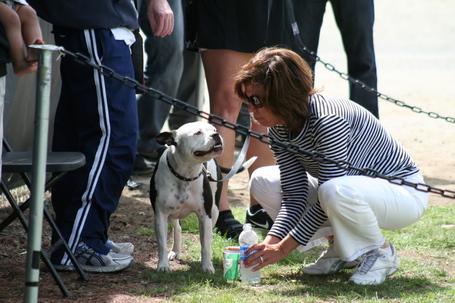 Her involvement with ARF also made it an outright impossibility the Raiders would have shown any interest in Mike Vick back in 2009 when he was seeking to re-enter the NFL after a prison sentence for running a dog fighting ring. ARF was one of the primary organizations which rescued many of the dogs from Vick's "Bad News Kennels".

Following Trask's resignation from the Raiders, I reached out to ARF about Trask's involvement and Tony La Russa responded saying: "Amy was and is a pioneer and trail blazer in the NFL and Animal Rescue areas! Her best years are ahead!"

"Trailblazer" is a common term used with regard to Trask because she was the first and only female CEO in NFL history. Her idols were other trailblazers like Jackie Robinson and Rosa Parks, and of course Al Davis who helped pave the way for minorities in the NFL, including herself. As the first woman CEO in NFL history, she is a model for young women everywhere. But among her peers it was a constant battle to force them to look past her gender.

Her experiences holding her ground and changing the female perception in the boys club that is the NFL meant she knows a thing or two about being misrepresented which made her well primed to fight against the unfair labels placed on the Raiders fan base. 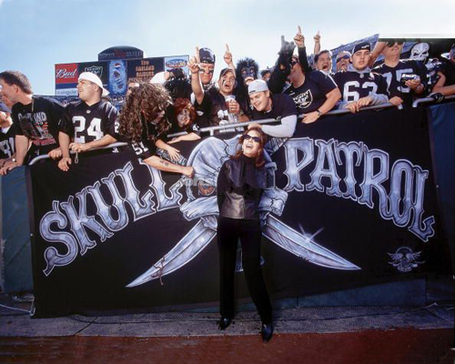 "A big misperception is our fan base," Trask told Sports Business Daily. "There is a misperception that our game-day experience is not appropriate for children or families and nothing could be farther from the truth. Our stadium is filled with babies, children and families and fans of all ages and from all corners of the world. Our fan base is passionate, but passionate does not mean inhospitable."

In changing this "misperception", Trask had a long fight on her hands. Her struggles were made more difficult when, in the almost annual preseason matchup with the 49ers, several violent incidents occurred both in the stadium and in the parking lot after the game. The game was played in San Francisco but just the mere fact that it involved the Raiders, sullied the name of the team once again.

That incident more than any other in recent memory prompted her to connect with an organization called Fans Against Violence to promote a more fun and hospitable environment among fans of opposing teams in the stands as well as the parking lot.

"Amy Trask has been a huge part of bringing Fans Against Violence to where it is today," said Kathy Samoun of Fans Against Violence in an exclusive statement. "We will be forever grateful to her for all she has done to bring our message to the Oakland Raider fans and fans across the country. Her passion, dedication and outreach are unmatched. We look forward to continuing to work with Amy in the future. If you know Amy, you know there is no need to wish her success, she will always be successful... wherever she goes from here."

The common theme among those who speak of Amy Trask is that she may not be with the Raiders any longer but this is by no means the end of her road. She is seen as a person who will be an successful and an asset to whatever organization she joins.

That organization was the Raiders for a quarter century. And she left an indelible mark on the organization as well as a vacancy that can never be filled. I have a feeling we will see her crop up again very soon. But first, a nice vacation may be in order.