Over the past couple months the Raiders have been engaged in their OTA's and minicamps. Along the way, I snapped a few pictures. Here is the first volume of my photo gallery. This volume has a wide receiver flavor to it. Enjoy.

For our first shot, we get a blast from the past when former Raiders receiver, Jerry Porter pays the team a visit during rookie minicamps. Here is seen with his usual grin from ear to ear but now sporting long braids. Mark Davis stands nearby watching his new rookies and first-year players stretch. 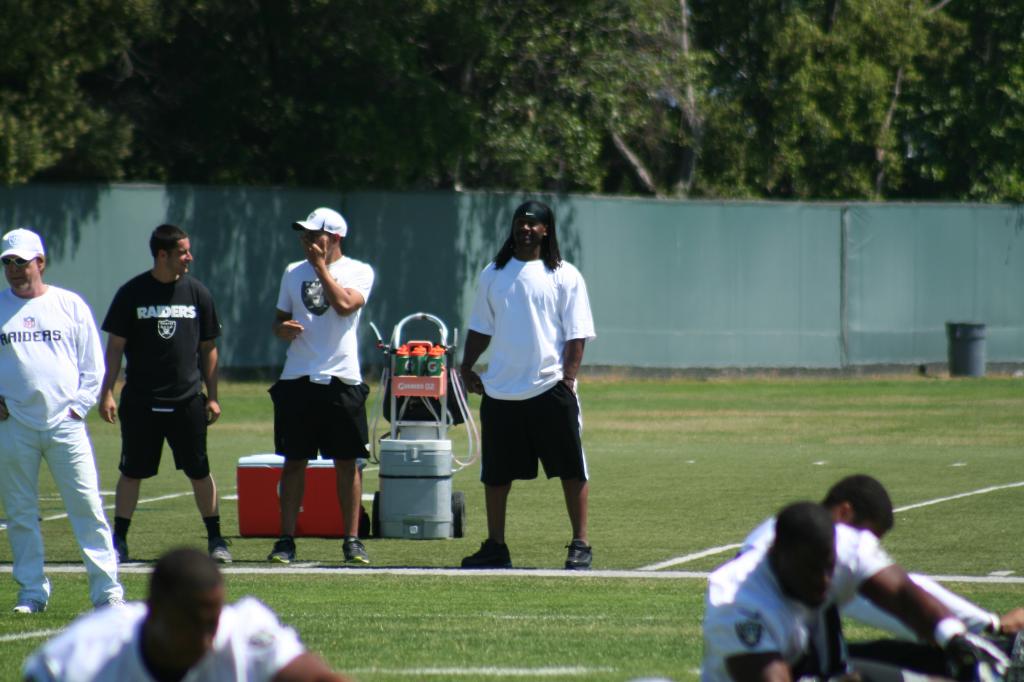 Undrafted free agent rookie wide receiver Conner Vernon takes the Raiders practice field for drills. Seen here getting coaching and words of encouragement from wide receivers coach Ted Gilmore. Vernon was wearing the number 16 at the time but later switch to number 9 when Josh Cribbs was added to the team. 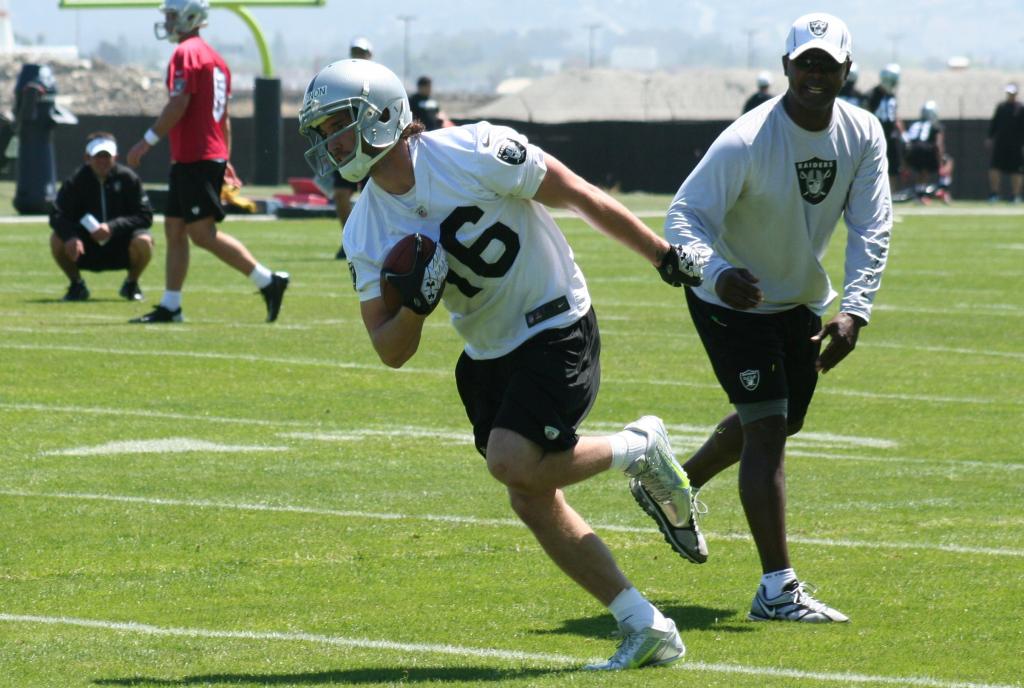 Fellow undrafted rookie wide receiver Greg Jenkins runs some drills as well. This is the picture Jenkins has been using as his Twitter avi since it was first taken in rookie camps. The former quarterback has shown great potential as a receiver in off-season camps and will make a strong push in training camp. 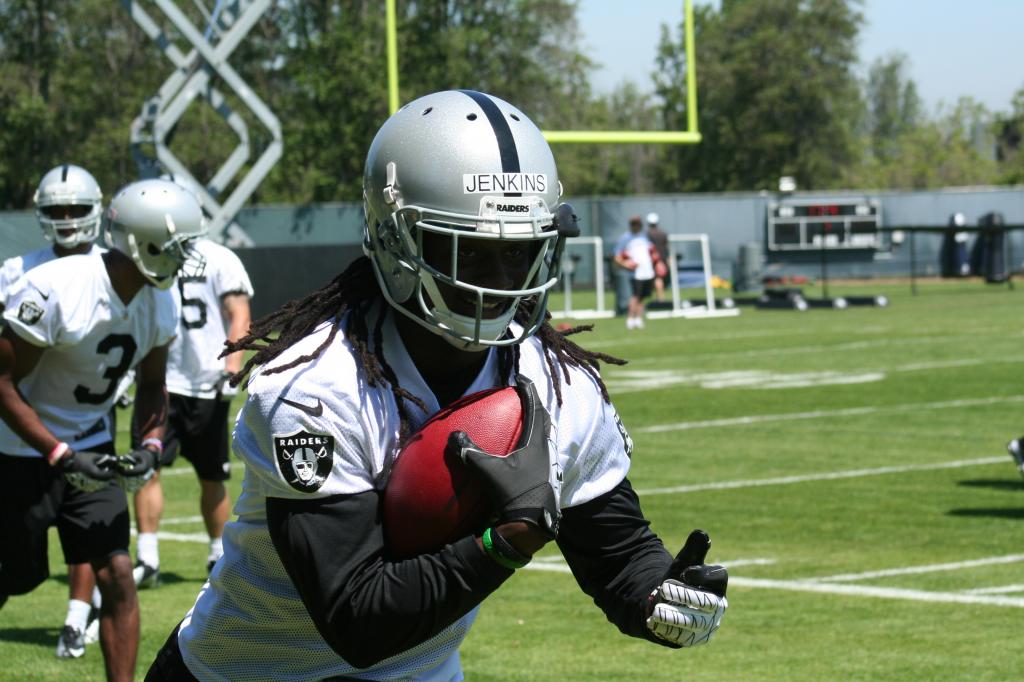 Another undrafted rookie receiver hopeful for the Raiders is Sam McGuffie. Seen here navigating through cone drills of which he has no trouble with some very quick feet. 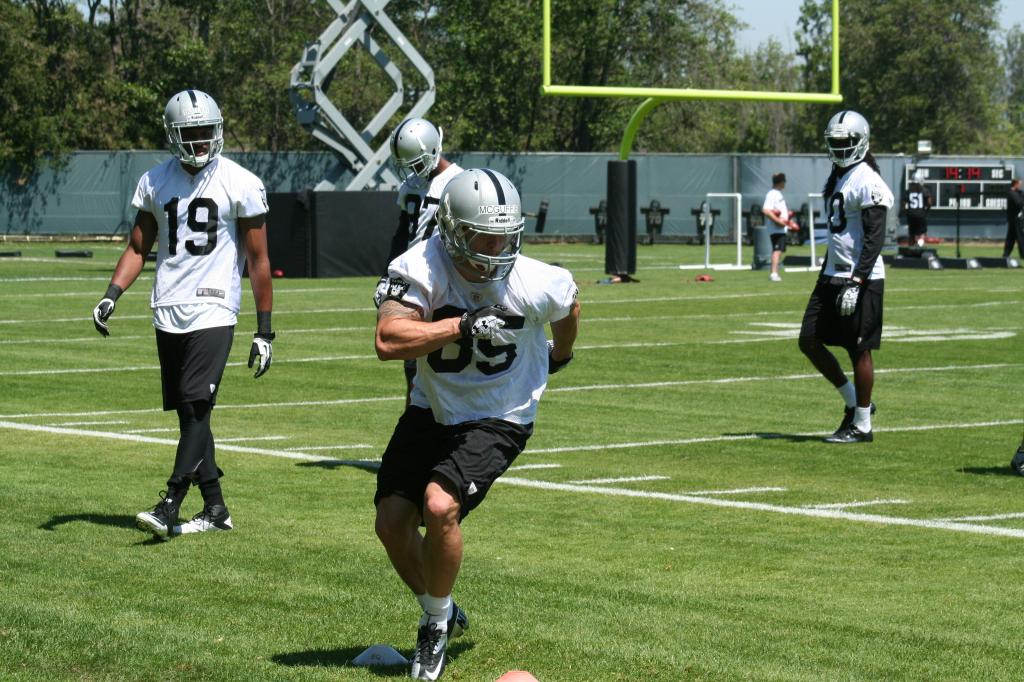 Raiders rookie round seven pick wide receiver, Brice Butler, calls his shot before running a route in drills. The relatively unknown receiver has shown some very impressive skills in camp and thus far has looked worthy of his draft selection. 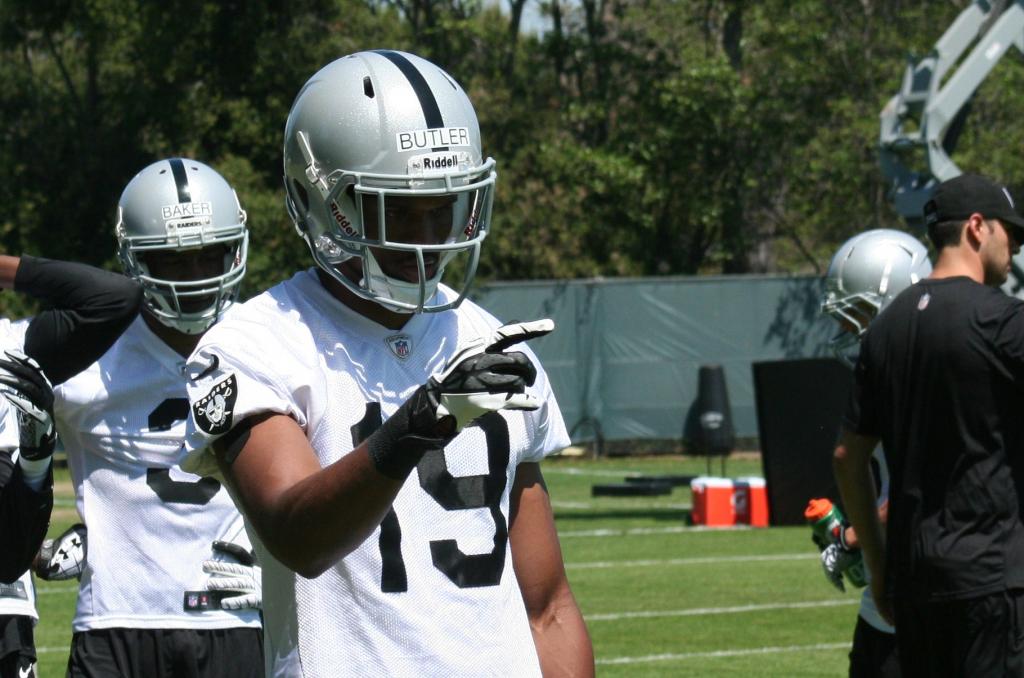