We continue the photo gallery of the Raiders off-season practices. This one, like features all new players. It isn't hard to find new players among the Raiders these days. Here are a few rookies and newly acquired free agents. 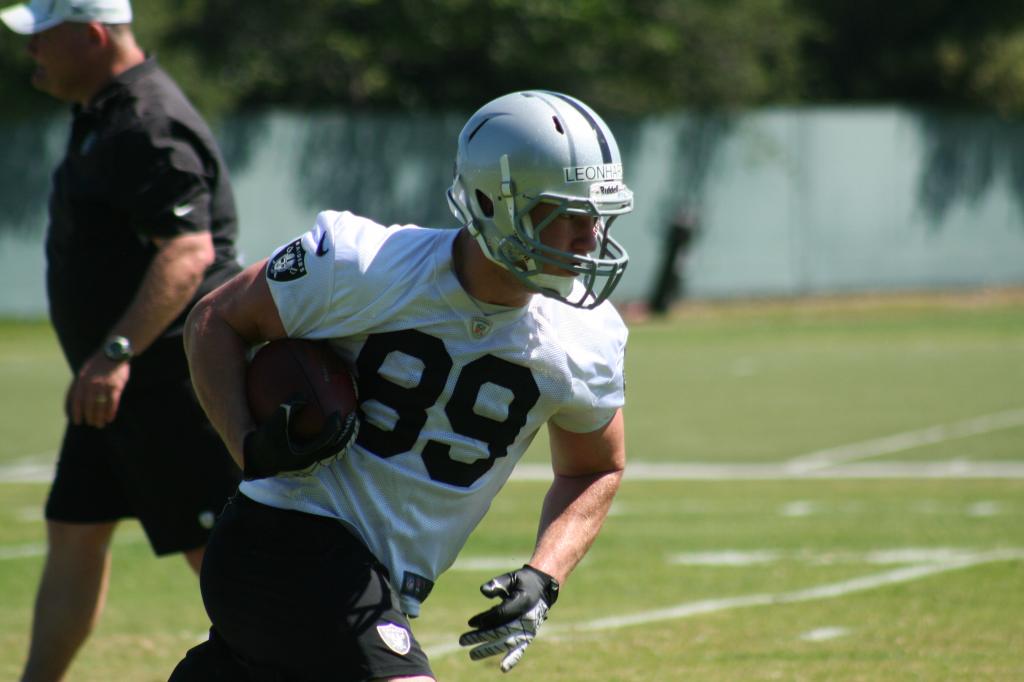 Next is newly acquired free agent defensive end, Jason Hunter. Formerly of the Denver Broncos where he played under Dennis Allen during Allen's single season as the team's defensive coordinator. He was a situational pass rusher for the Broncos and sees an opportunity to breakout with the Raiders. 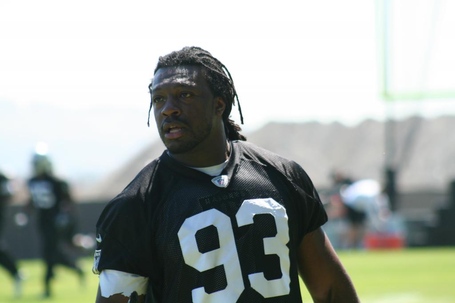 The Raiders also brought in a new big man in the middle in the 6-2, 310 pound Pat Sims. As you can see here, even black is not going to be slimming on this man. 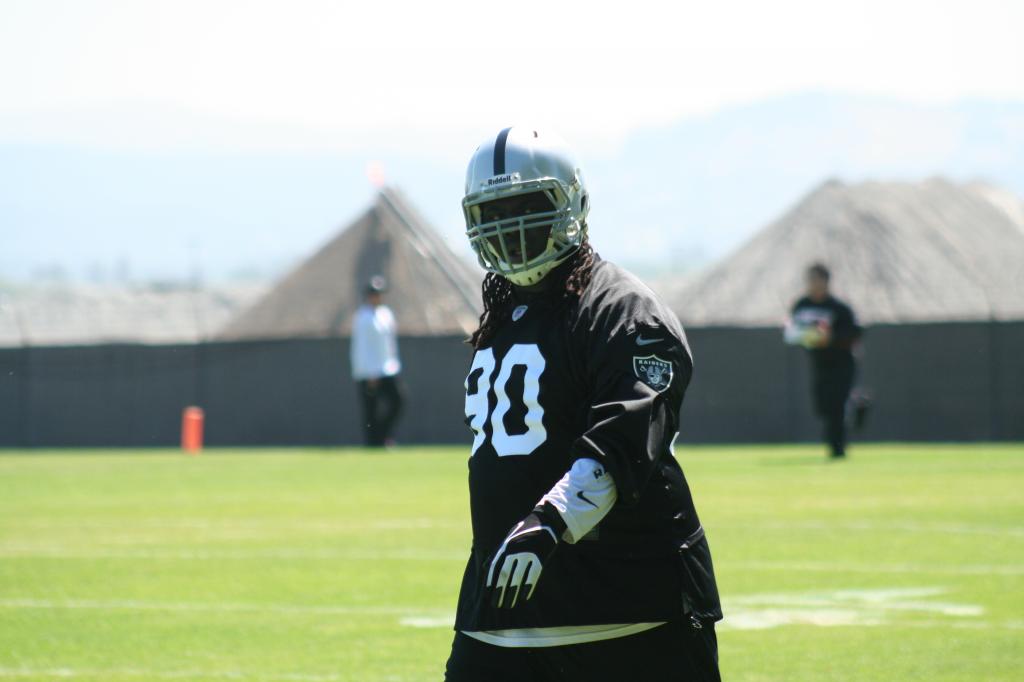 Currently fighting for reps at the fourth QB spot is undrafted rookie Matt McGloin. He has not seen much action but has looked good in his limited reps. 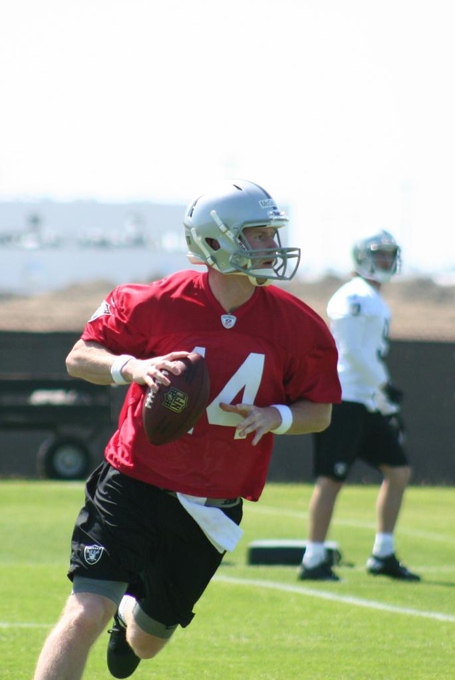 The Raiders are hoping for a versatile pass-catching target in tight end Mychal Rivera. The sixth round pick has shown he has very good hands. As you see him reach up to track in a high pass here.