In the third installment of my OTA and minicamp photo gallery, we focus on the return of Charles Woodson to Silver & Black. This starts with the day he visited Raiders headquarters.

The fans came out to cheer for Charles Woodson in the hopes of wooing him back to the Raiders. They were some 200 strong at one point. 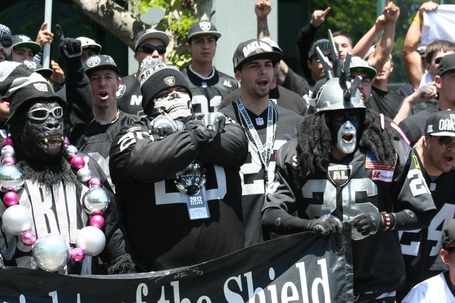 They lined both sides of the drive, flags flying, wearing their team's colors proudly. 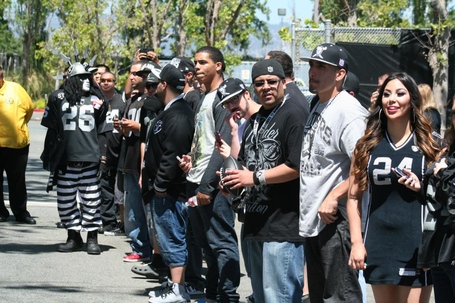 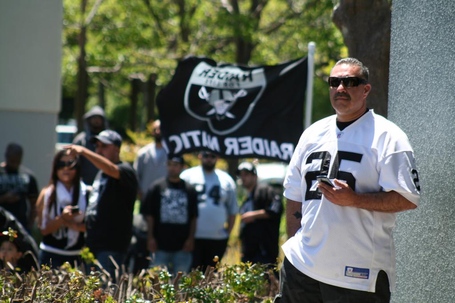 Several fans were ready with their vintage Woodson jerseys waiting by the gate for his arrival. 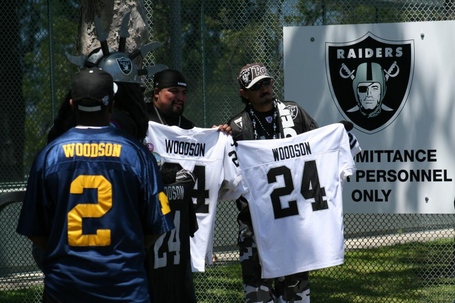 Woodson was a cornerback for most of his career, including his entire 8-year Raiders career. He returns as a safety and here's one gentleman who knows what a great safety looks like with the image of Jack Tatum permanently inked on his leg. 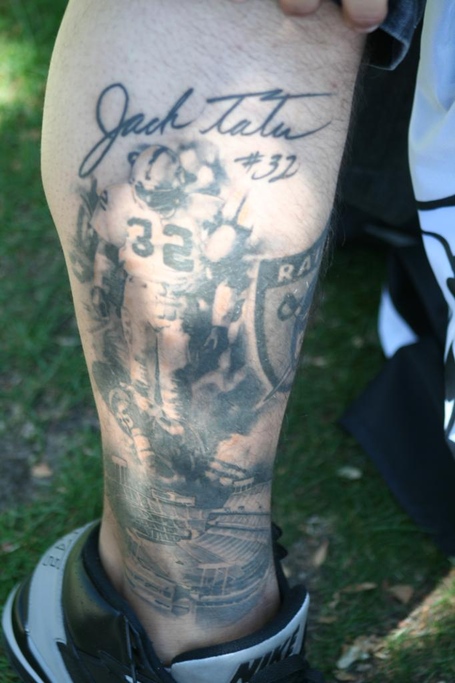 New Raider Jason Hunter stops his car as he leaves practice to engage with fans. He was pretty stoked about the gathering. He came over from Denver where apparently he was not used to such outpouring of support. 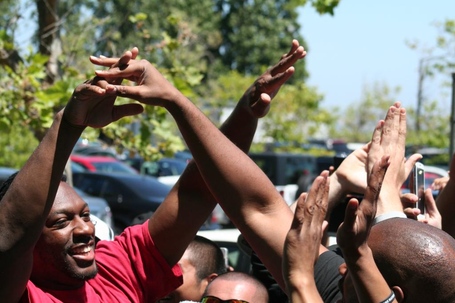 Following signing with the team, Woodson came out and greeted the fans present, signed autographs and posed for pictures. Here he poses with Gorilla Rilla. Rilla used this shot as the header on his facebook page. 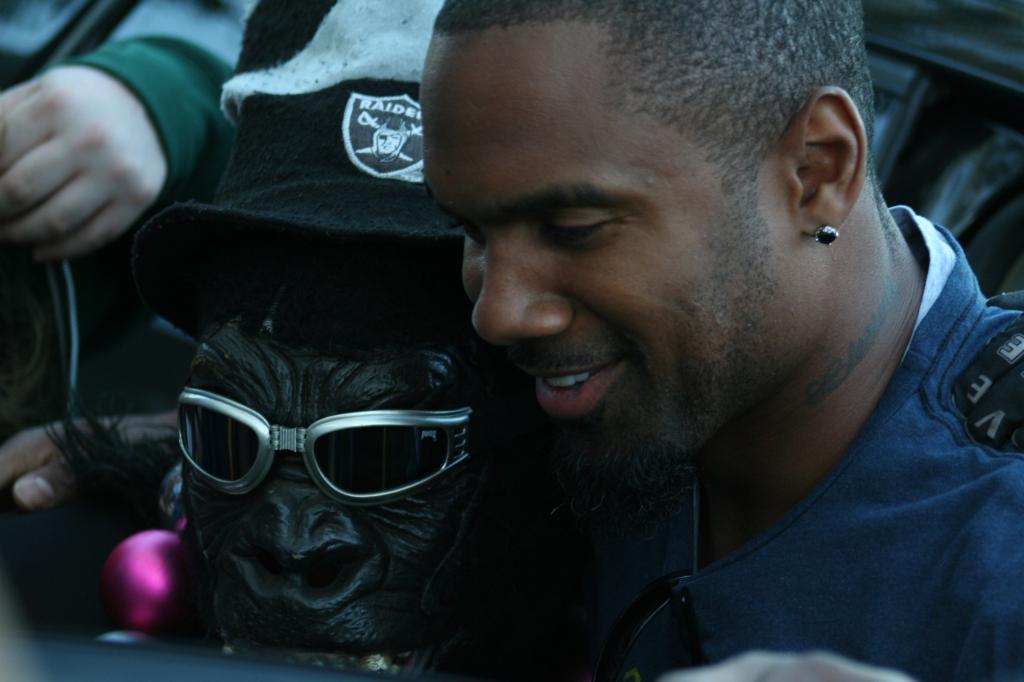 When Woodson initially took the field, he was not wearing a number but soon he was sporting his old college number 2. He will wear it until he can get his old 24 back. 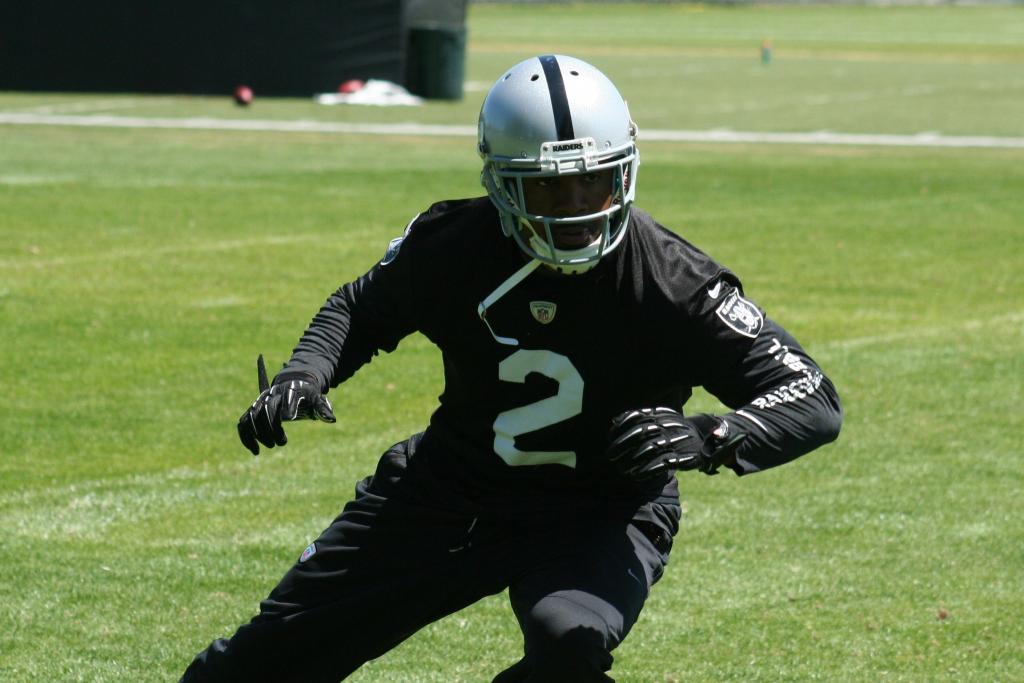