Moving on to the next volume in my OTA, minicamp photo gallery. No real rhyme or reason to the pics in this gallery. Just some shots of the Raiders players I thought were worth sharing.

Travionte Session goes up high to snag a pass. Session is a pretty solid camp performer. He consistently shows why the Raiders keep him around. He was on the practice squad last season and will make another push to make the roster again in this year's camp. 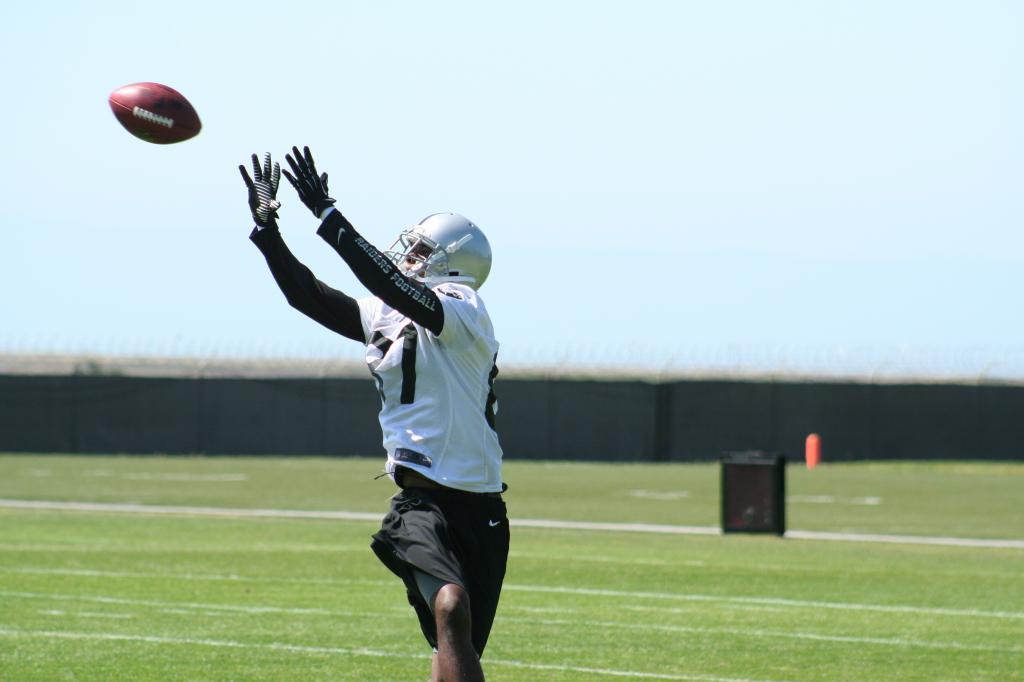 Here he is again with Matt Flynn putting the ball right on him. 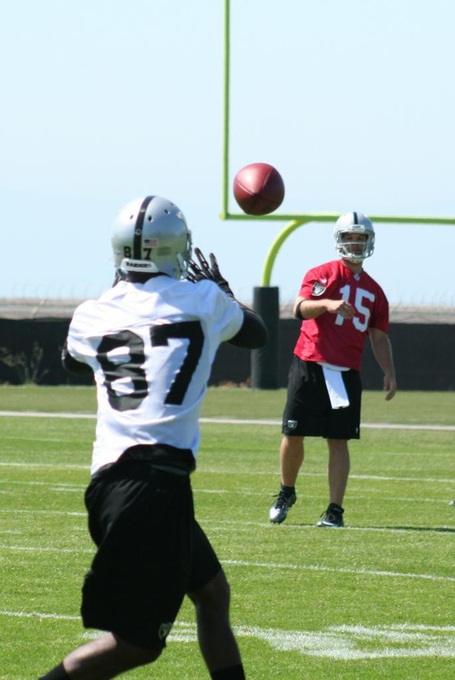 Here's Flynn lined up behind center Stefen Wisniewski with Sio Moore reading his every move and Lamarr Houston ready to rush in. 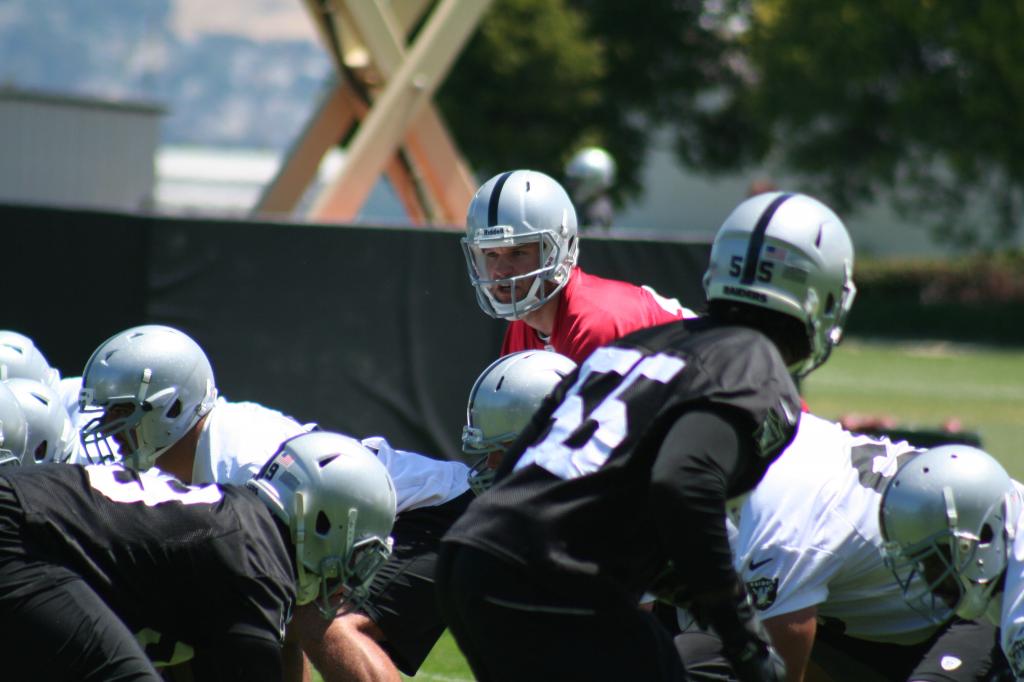 Moving to the defensive side of the ball, new starting cornerback Tracy Porter takess part in his first practices with the Raiders since signing as a free agent this off-season. 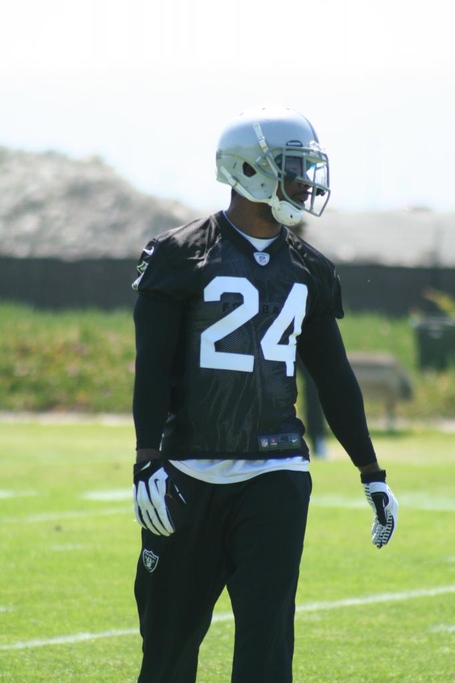 Porter will line up alongside Tyvon Branch in the Raiders starting backfield. Branch is the only returning starter in this secondary and he's a great piece to build around. 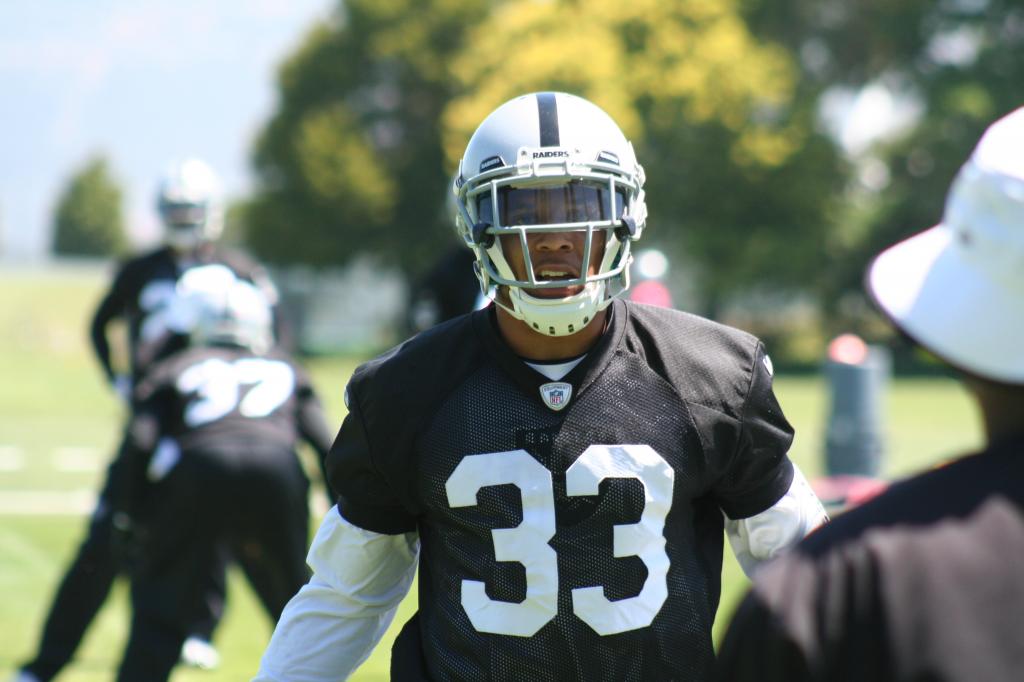 Be sure and check out the other volumes. Click here to head back to volume one and see them all.