Above and below are the first images of the Raiders training camp grounds in Napa with equipment delivered and painted lines on the field.

We are just a few days away from the Raiders taking the field for training camp practice. It is the first step into the new NFL season. Most of the equipment has been delivered from the Alameda facility and the lines on the field are freshly painted and await the first cleats to tread across them. 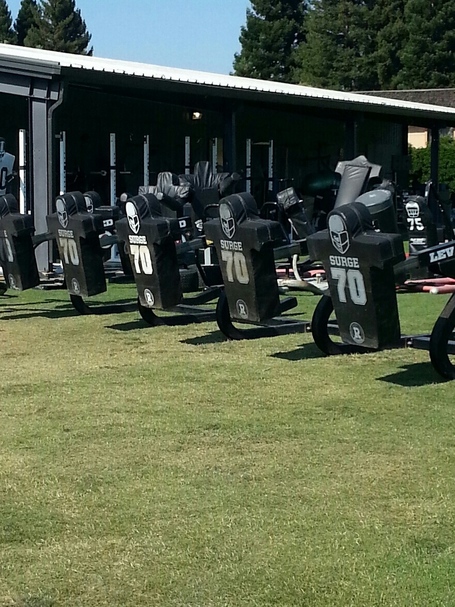 In the picture you can see blocking sleds and tackling dummies in the foreground. In the background you can see the weight bars and workout equipment under the awning. That is the clubhouse which houses the locker room. The building on the other side of the hedge is the Napa Marriott where the players stay and the team holds meeting during camp.

This is the appropriately named "Raiders field" which sits tucked between the Napa Valley Marriott and Redwood Middle School. The Middle school kids use the field during the school year after the Raiders are done with camp.

There are two complete football fields there, complete with goal posts at each end. The middle of one of the fields received fresh sod a month ago courtesy of the Raiders' new head groundskeeper. As you can see, the sod has taken nicely and offers a nice looking surface.

Put side by side, they make for an interesting before and after shot. 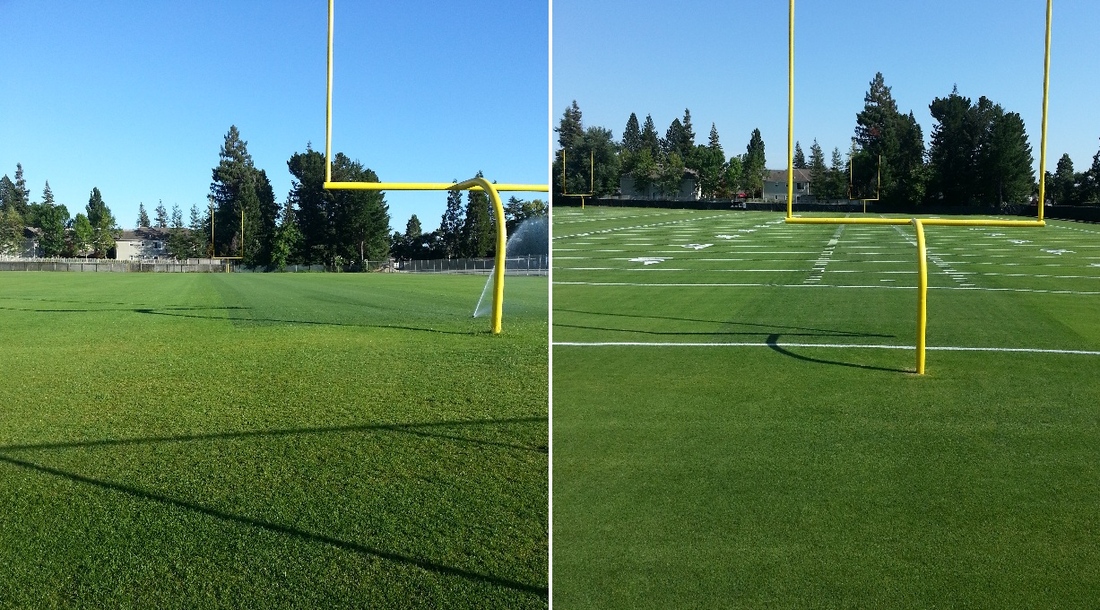 On the left, you can see the new sod down the middle of the field just after being laid. On the right is what it looks like now a month later after a fresh mowing and then lines painted across it. Also, it now has been cut much closer to the ground, closely resembling the turf in the coliseum or perhaps the fairway on a golf course.

Time to make some divits.