The updated post-draft Vegas odds are out and despite a good draft by the Raiders, they still place their win total near the bottom of the NFL. In fact, they didn't move at all from the previous odds.

Vegas isn't "hating" on the Raiders as some misguided souls always seem to chirp. They place odds where they have the best chance of coming out ahead. They see that number at one game better than the Raiders season win total the past two seasons.

I have seen a few Raiders fans saying betting the over on the Raiders winning five games is an easy bet. But last I checked, Vegas casinos are doing pretty well for themselves. That may be too low of a figure or it may not. Good thing I'm not a betting man.

Here is the entire list of Vegas win totals: 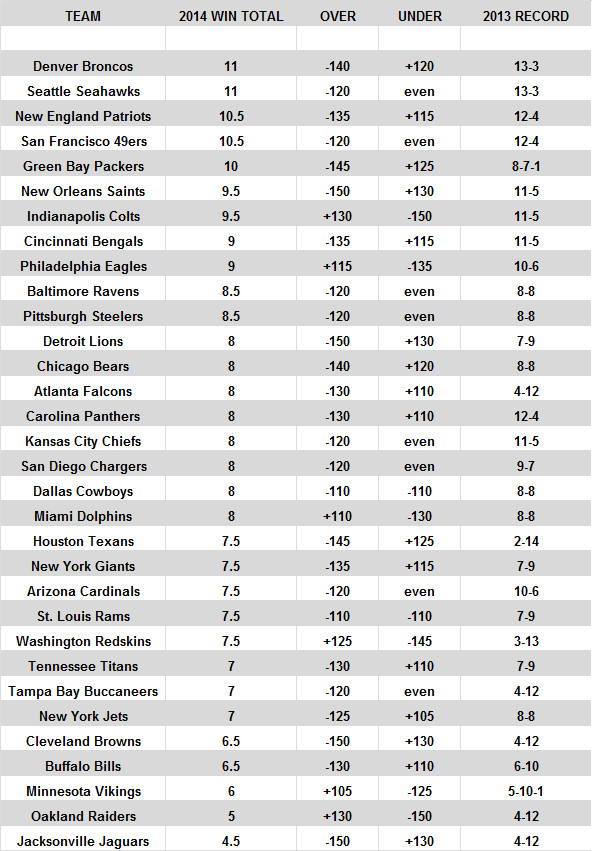