That was fast. It's only May. OTA's have yet to begin. The Raiders don't play the 49ers until December and the game is already sold out. It's this level of interest that had these two teams playing each other nearly every preseason. That and their close proximity. 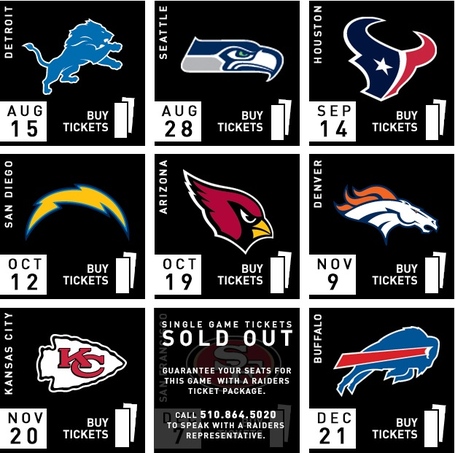 Fans who would like to attend the game will have to either purchase a special multiple game ticket package or seasons tickets. Or, of course, go through a second hand ticket seller.

As you can see in the graphic, the Raiders have nine games at O.co this season including the two preseason games against the Lions and Seahawks. They would usually have ten but they play one of their home games in London this year on September 28 vs the Dolphins.