The Rookie Symposium happened this week. Saturday was the last day of the annual event which all drafted rookies attend as their introduction to help them prepare for life in the NFL. The Raiders rookies arrived on Wednesday and since then they have bee tweeting out pics and messages of their experience.

Derek Carr gets things started off as the flight takes off from Oakland, headed for Cleveland.

While Jonathan Dowling does one better in this Southwest Airlines ad: 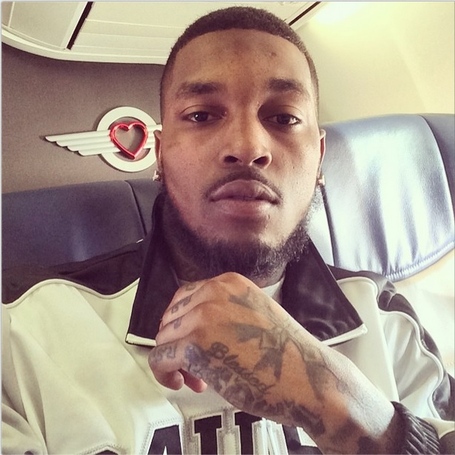 Then Derek checks in along the way with a group selfie that includes from top left to bottom right Shelby Harris, Gabe Jackson, Carr himself, and Justin Ellis. 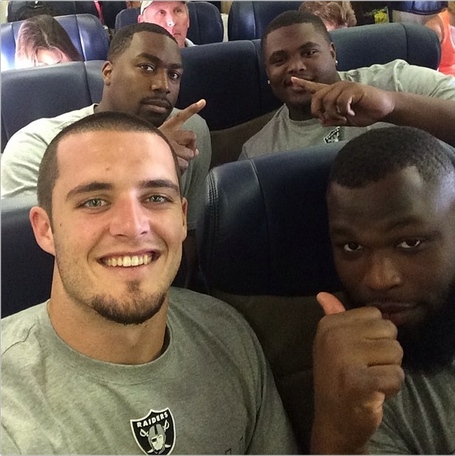 Then the ball was in Dowling's court again and he takes it up a notch with a small video of the rookies at a Cleveland area school for NFL Play 60:

Justin Ellis captured a moment at his Play 60 event as well with a former Louisiana Tech teammate: 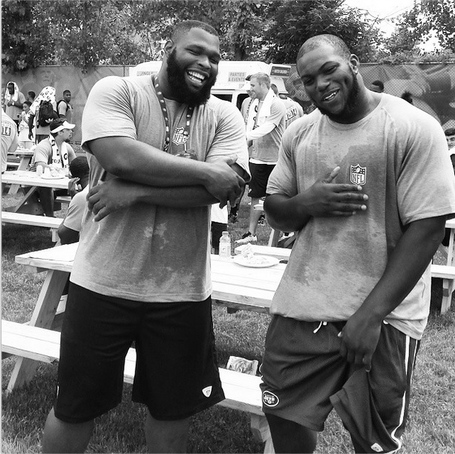 2013 Utes together as we stand in the NFL side by side. Raiders gonna win though :) #Jets #RaiderNation pic.twitter.com/OQ3Fkl6f5T

Then it was a short trip to the Pro Football Hall of Fame in Canton.

Just walking into the Hall of Fame gives me the chills. Makes me wonder about my future! #RaiderNation

That's where the Raiders 2014 Draft class posed together for a photo opp, as tweeted out by seventh round draft choices Shelby Harris, Jonathan Dowling and TJ Carrie.

Rookie symposium has been a blessing to be apart of sharing the moment with my brothers#blessed#humble#raider nation pic.twitter.com/2xCMUp9iIg

Here's a selfie Justin Ellis took of he and Shelby Harris:

There were a great many speakers who passed on the lessons they learned in the NFL. One of those speakers was recent Hall of Fame inductee, Cris Carter. Raiders fourth round pick, Justin Ellis appreciated his words and got a picture with him.

The Speech Hall of Famer Chris Carter gave The Us tonight Was Truly Inspiring! If that ain't enough… http://t.co/tyr5pBnfZs 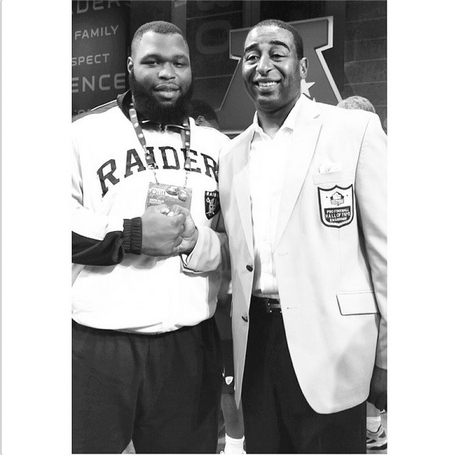 Jonathan Dowling got in on the Cris Carter photo opp action as well: 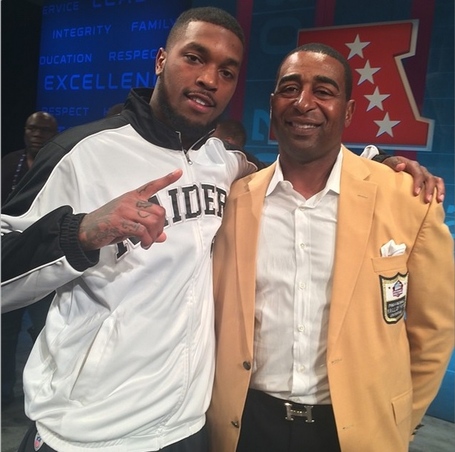 Pics with great receivers is... well, great, but Dowling has career aspirations of shutting down receivers and few did it better than one Deion Sanders. Dowling had to get a shot with Deion's bust. 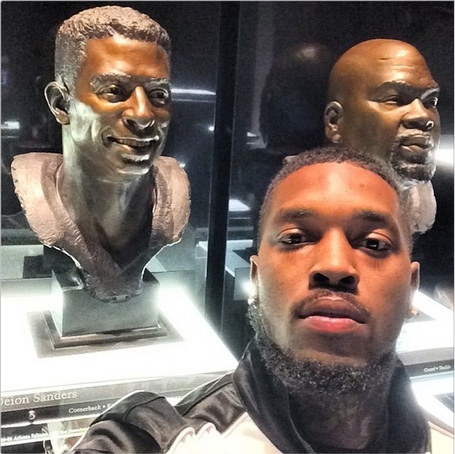 It's an honor to be here at the NFL Hall of Fame today and to take a picture with my childhood idol… http://t.co/BmUmK9Vbsz 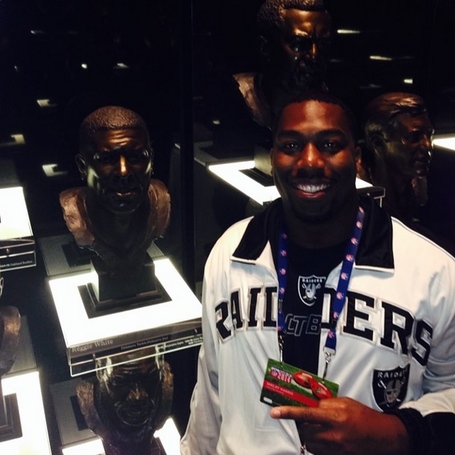 Here someone snapped a shot of Jonathan Dowling, Khalil Mack, and Derek Carr alongside Johnny Manziel at the Hall of Fame.

Then just like Derek Carr started us off, he finished things off with a farewell to the Symposium as he and the other rookies head for home.

#RookieSymposium was great but it's time to get home to see my beautiful wife and adorable son! #PraiseGod4Them

And a good time was had by all.