Over the years, Justin Tuck's facemask has become somewhat of a calling card for him. You see the design and instantly recognize it as him. That iconic facemask could be no more this season as the NFL has prohibited it.

An NFL memo which was obtained by NFL.com's Ian Rapoport states that "overbuilt" facemaks will be prohibited as of this season.

Recently Raiders fifth overall pick, Khalil Mack was denied his request to wear a similar facemask. He wore it his entire career at Buffalo and claimed it helped prevent injuries from offensive players being able to grab onto it as easily. 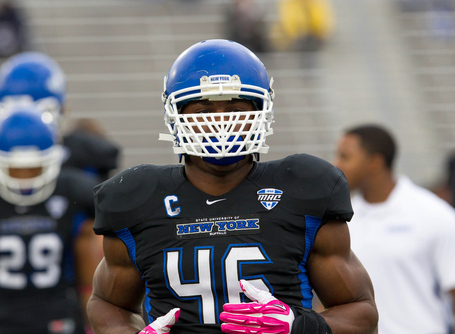 At that time, it was thought that Tuck's facemask as well as other players who wore the overbuilt facemasks would still be allowed to keep theirs. That appears not to be the case now.

A recent study done by the University of New Hampshire actually said the facemask designs caused more problems than they prevented. According to the NFL.com report:

"the added weight of the masks negatively affects the structure of the helmet, can cause neck fatigue that could lead to a more head-down posture during contact and can provide a false sense of security during tackling."

There are said to be just four players from last season who would be affected by the new rule, Tuck chief among them. To retain the facemask, Tuck, along with the others will have to receive medical approval prior to this season to be allowed to continue to wear it.

It's hard to know for sure exactly how far this new rule goes and what they consider to be "overbuilt". Marcel Reece was sporting a new look facemask in OTA's and minicamp this year and it remains to be seen if he will have to go back to a more traditional style because of this new rule. 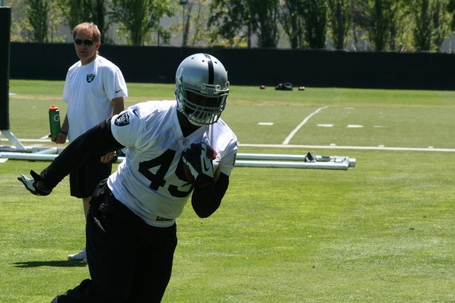