After a disappointing loss to the Jets, can Oakland bounce back at home against Houston?

Greetings, Raider fans! It is I, RaiderDamus, the extraordinary oracle, the poobah of pronostication, and the father of foresight. I come to you today vindicated, having accurately predicted the Raiders' loss to the Jets. Most of you didn't believe me, because most of you are homers who do not learn from history. The Jets on the road were a terrible matchup for Oakland in Week 1 considering all the circumstances and the Jets being based on the East Coast. Will Houston at home be any better? I will reveal to you what the Great Beyond has revealed to me.

"You again? It's that time already? Alright, who are you playing this week? The Texans? Hoo boy. Well, they're mostly harmless so I don't have the sort of vitriol to spew that I would against the lame-ass Jets, but I'll give it a go.

Houston is, depending on where you look, anywhere from the sixth to the tenth largest media market in the country. It baffles me that anyone actually lives there, because Houston looks like this: 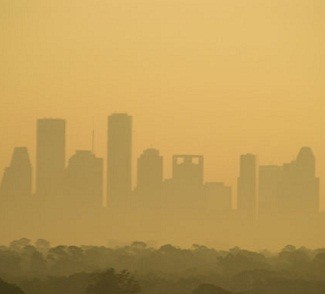 But, people do live there, because Houston is in Texas and Texans are all insane. When the Texans team rolls into Oakland on Sunday, they will be just like someone who just gave up Marlboros- they will finally be able to breathe but they will still smell like smoke.

Last week, Houston demolished Washington at home. I don't consider that a small feat, considering how great Washington looked in the preseason, but Houston seems intent on injuring its own players by virtue of its field being in sad shape. So, JaDeveon Clowney will not be available against Oakland or against anyone for some time. I can name three other players on the Texans defense: JJ Watt, DJ Swearinger and Brian Cushing. Other than those three, I have no idea who else plays for them defensively. Perhaps that is due to the fact that despite being relatively successful in recent years (except last year), the Texans are an obscure team because Texas is COWBOYS COWBOYS COWBOYS TONY ROMO JERRY JONES GIANT JUMBOTRON LOOK AT ME I AM SO PRETTY. It's hard to be a Houston football player. No matter how great Earl Campbell was, he would never be as popular as even the most mediocre Dallas Cowboy. Texas, you should be ashamed of yourself. You love the hot chick who does not care about you, while ignoring the slightly nerdy girl with a massive crush.

That being said, JJ Watt is the monster that lived under your bed when you were a child and he is waiting to eat you until you least expect him. What is that, chamomile tea? Do you want to take a nap? Don't go to sleep, because JJ Watt will consume your soul and claim all your possessions as his own.

I believe the Raiders will be improved this week. For anyone whining about their defense, keep in mind that those guys were out there almost the entire game and only gave up 19 points. That's a Herculean effort against a team with as good an offensive line as the Jets. For anyone whining that the Raiders are 0-1, here is a short list of other 0-1 teams: Green Bay, New England, San Diego, Kansas City, New Orleans, Baltimore, Chicago. Look at all those playoff teams with good quarterbacks that lost last week.

Some of you have said that Derek Carr is not ready. This is irrelevant, because he is Oakland's best quarterback and he will only learn how to be an NFL quarterback by actually being one. Do you really want Matt Schaub out there? Do you want Matt McGloin? Who do you want Derek Carr to be, Matt Ryan or Tim Couch? Many of you have unrealistic expectations of this team. They have few genuine weapons on offense and a lot of new starters who will take time to gel. The team will improve as it goes along this season, but we are two to three years of good drafts and free agency periods before Oakland will be contending in a serious fashion.

Some of you have said that Dennis Allen and Greg Olson are bums who should be fired. That may be true, but the Jets on the road shouldn't really be a barometer for a team like Oakland which is essentially starting over from scratch with a rookie quarterback. This week will tell us a lot more, going against a fine coach like Bill O'Brien at home with a team that Oakland really ought to beat.

And that is exactly what I predict will happen. Raiders win, 24-19.