Remember when San Diego Chargers then 3rd round rookie Keenan Allen wore a Raiders hat back in 2013? The fan base of the Chargers might want to forget about that (and all the glorious social media responses that came with it), but Raiders fans haven't forgotten about it. Plus, Keenan Allen rocks a Raiders cap well. 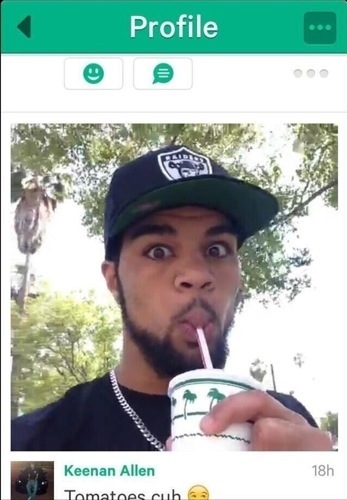 Well, now we have round 2 of a rookie wide receiver posting himself in a Raiders hat after having been selected by a different team. This time it was Minnesota Viking's 1st round pick, Laquon Treadwell.

Ironically, he captioned the Snapchat picture as "No negativity please.." which was basically guaranteed to be the feedback from the Vikings fans on this. The Vikings might not be a divisional rival like San Diego, but there is at least a little bad blood on their side.

The Vikings were in the Super Bowl 4 times in their franchise history, though they failed to win any of them. One of those losses came in 1977 during Super Bowl XI against the Oakland Raiders where they got beat handily 32-14. That was a long time ago, but it does make their new 1st round pick wearing a Raiders hat just a little bit worse.

This article has been updated to show that the picture was posted to Snapchat, the site had been incorrectly labeled as Instagram.