I would like to say I remember it like it was yesterday, but I can’t as it was over 36 years ago and I was 7. Jan. 25th 1981. What I do remember is picking my team that day. I preferred the pearly whites and silver pants look to the weird not really green jerseys with stripes on the sleeves Eagle’s look. It helped that the adults in the room were by and large Raider fans, the person’s house we were in had a black van with the logo on it out front. Northern Cali. where I lived was a mixture of Raider, but mostly Niner fans. The moment of truth came. My decision.

There was smattering of cheers from the small gathering assembled, as there usually is for when a kid says something that people wanted them to say.

Honestly my recollection from that day’s game is foggy at best. Of course, I’ve read about it since, so not sure if I remember so much as just know. The one thing that I do remember however, is from that day forward, I had my team. I never wavered. Moves to LA, no problem. Dark days and bad reputation there? No problem. Superbowl against Skin’s, fucking awesome. More dark days, move to Oakland, the darkest days. Tuck rule, Super Bowl collapse, Gruden traded, Al in demise, and now rebirth, and move to LV? I stayed true. From that day forward, not once did I stop being a fan of the Silver and Black. No bandwagon here, first game I can remember, I picked my team. Through tears and blood and hoarse voice, through hangovers and blackouts, through glory and the worst of losses, I remained true. Girlfriends I’ve lost, money I’ve blown, jobs I’ve had, cities I have lived in, always keeping the team with me wherever I went. Always, I’ve danced in the Autumn Wind. 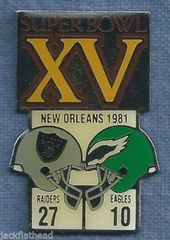