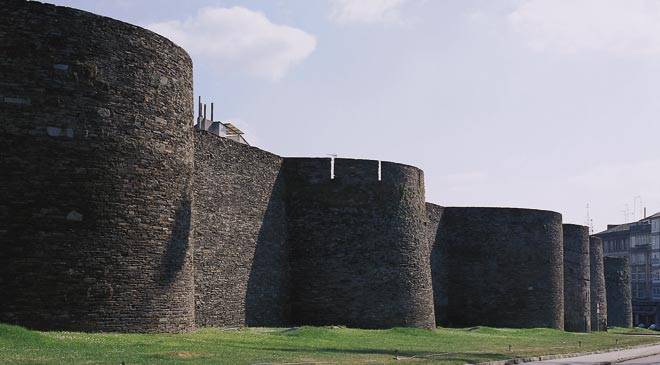 Hi folks! My name is Hugo, and I am writing from the sunny Spain (as you have probably read in the title of this Fanpost). I know that I won't win the prize, but I'm not sharing why I am a Raider fan because of it, I want to do it because maybe there are some curious people among you who want to know why people from other countries become not only NFL fans, but also fans of a specific team.

So let me begin by letting you know where I am from. I am from Lugo, Galicia, a small city known by its Roman remains such as the Roman Wall (World Heritage), Roman Bridge (built in the 1st Century), the different Roman mosaics that you can see while you're strolling in the city and I don't want to forget about Santa Maria's Cathedral which is also a landmark. Lugo is also famous for its delicious gastronomy where you can eat the best octopus, one of the best cooked pork (following the traditional recipe) or just enjoy tapas (small piece of food that you can eat for free with your beer/wine/soda/whatever you feel to drink in a bar) while sharing anecdotes with your friends. If you want to see a bit more of it, here you can see a time-lapse of the city recorded by a local movie producer. 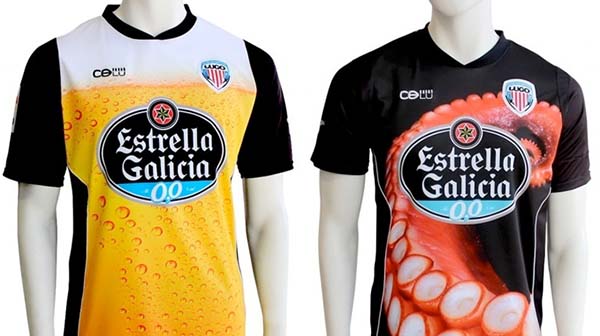 If we talk about sports in the city, as you can imagine, soccer and basketball are the ones who people usually follow, being the latter the one which has more local support. Nowadays Lugo has representation both in soccer and basketball and those teams are playing in Liga 123 (a league under the one where Real Madrid, Barcelona, etc... play) and LEB Oro (again, one league under the one where Real Madrid, Barcelona, etc... play) respectively, by the way the teams are called CD Lugo and CB Breogan. Sadly, especially for the CD Lugo, most of Lugo's inhabitants support Real Madrid or FC Barcelona which is sad, because there are about 100.000 habitants here and we're not able to sell out CD Lugo's tiny stadium (Anxo Carro) where you can fit barely 7500 enthusiasts.

All of the above leads to me and how I became a Raiders fan. My first memory of me watching NFL goes back to the late 90's early 00's. My best friend and me used to go to his house and watch whatever they decided to broadcast at 6.00 pm on Fridays. Fridays' afternoon where when in a channel called Canal+ (nowadays 0+) used to broadcast American Sports, from NBA to MLB to NFL, even sometimes NHL, and I remember spending the whole afternoon watching them. From those games I can't forget watching Rich Gannon's Raiders, Mike Alstott's Buccaneers and I also recall the Chargers and the Broncos. But the ones I enjoyed the most were the Raiders and watching Alstott run violently towards the defenders. When all of this was happening I was 10-11 years old!

After some time broadcasting those sports, they decided to stop doing it, so I lost contact with the NFL, I grew up and by the time I was a teenager I had already forgotten about everything related to American Football... even I let the idea of it being boring grow up in me. That stupid idea changed one night when I couldn't sleep and I needed to because the next day I had an exam. It was Super Bowl XLIV's night, the one that was being played between the Colts and the Saints. I remember being in bed, channel surfing when I fell in Canal+ again and they were broadcasting the Super Bowl. I remember thinking "oh, good, I'll watch this until I fall asleep, probably in 5 minutes", but after 10 minutes I was jumping on the bed rooting for the Saints (they were losing when I started watching it, and I always root for the underdogs lol). The result of that night was a new love for the game, me wasn't able to sleep and failing the exam that I had the follwing Monday hahaha.

But it wasn't until 2011, after introducing the game to a couple of friends of mine (nowadays also NFL fans, but rooting for the wrong teams... the Packers and the Steelers), when I picked up a team. I wanted to follow a team and I remembered the Raiders and the Buccaneers, so I downloaded the Raiders@Texans and I don't remember the Buccaneers game because I didn't get to watch it!! I have Michael Huff's interception written in stone in my head as Hue Jackson's emotion (that I didn't understand at the moment). After doing some research on the team, who Al Davis was, what history the team had I knew... I knew that my blood wasn't red anymore. It had turned silver&black while I was reading on the team and I can't be happier for it.

The Raiders are my home and Raider Nation is made by my brothers from different countries.

What has changed in me since I became a Raiders fan? I only watch CD Lugo soccer games, I spend the nights when the Raiders play awake (I don't mind if I have to get up early the next day), I am considering travelling to Oakland before they leave, I am always reading Raiders' related stuff and the most important change, I got to know silverandblackpride and its members, so, as I have already told, I can't be happier!!