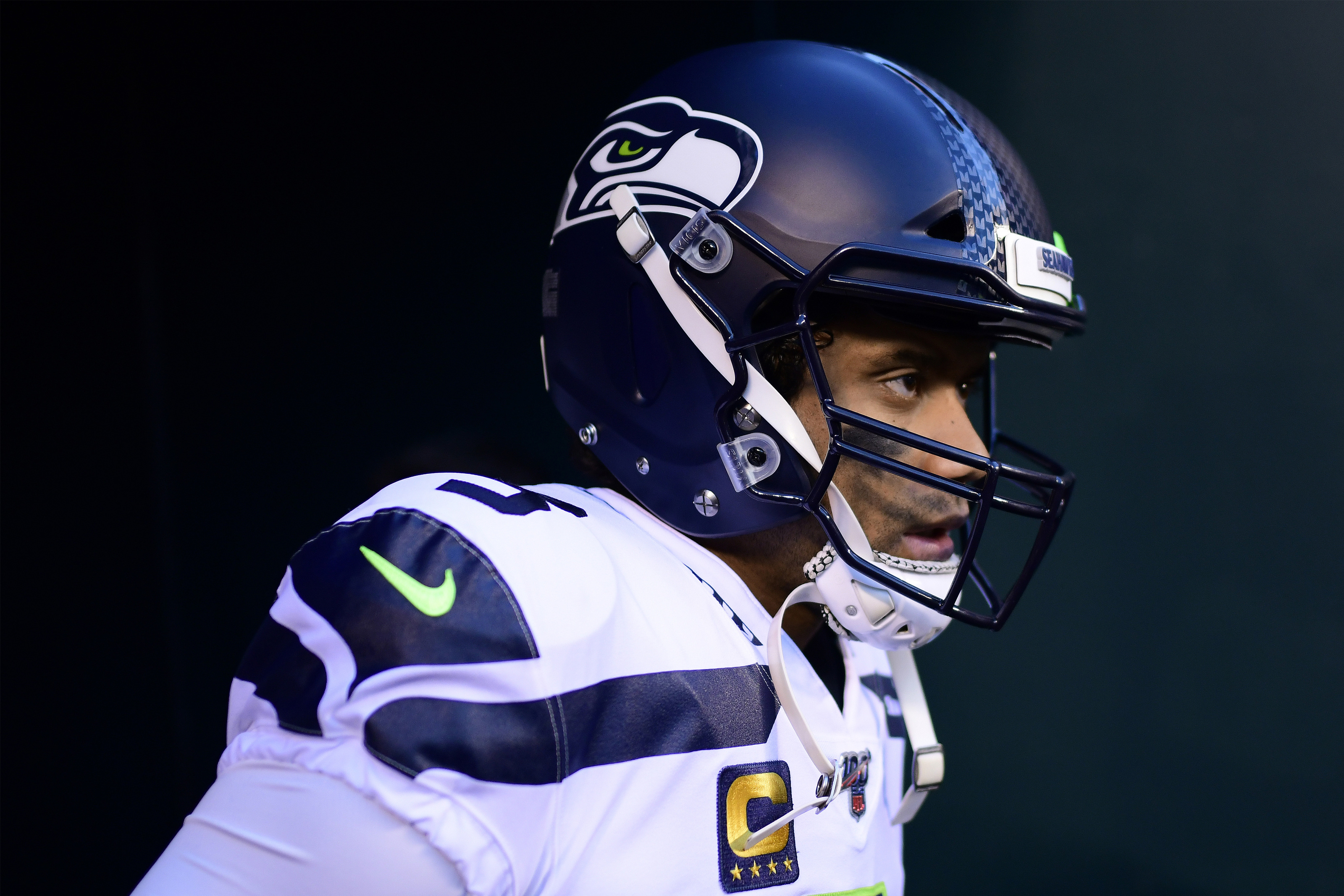 So at the beginning of last offseason, reputable LVR reporter - Vinny Bonsignore - said that multiple league sources indicated to him that Derek Carr was available for trade, and if things were to take shape, it could lead to Deshaun Watson landing in Las Vegas.

Well, we know how that ended. A couple weeks later Watson would find himself in hot water.

But we now know that Mark Davis had interest in trading for Russell Wilson, too:

"My instincts tell me Mark Davis wants rockstar stuff in that stadium," Silver said on "The Colin Cowherd Podcast." "Mark Davis has a kind of Russell Wilson, not fixation, but he was kind of into that concept from what I was hearing. Mark Davis, I think, has felt ‘we can do better than Derek Carr.'" - NFL Insider Mike Silver

What wonderful news. And makes perfect sense, given that Carr's camp hasn't been able to squeeze Mark for an extension. Let's hope Mark is still willing to put his money where his mouth is and upgrade to an elite/hall of fame caliber player at the most impactful position in all of sports. Because we can definitely do better than Carr....and the market that is Las Vegas, the entertainment capital, deserves better than Carr.

Now, I'm not going to go listing every single one of Russell Wilson's stats or anything silly like that. However, what I will say is that this notion that Wilson's washed up is a totally ridiculous narrative being put forth by Carrdashians.

Compared to Carr, Wilson played in 3 fewer games this season and still threw for more touchdowns....and only had 7 turnovers in 14 games. Carr had 21 turnovers in 18 games. Everyone knows Wilson was hurt this year, missing games for the first time in his 10 year career as the starter in Seattle.

When you take into account that Wilson is also, now, reportedly willing to consider Denver as a landing spot (with Denver's new ownership group potentially being very aggressive in finding a franchise QB)....Mark may be itching to do something here. And he will have my full support.

Wilson, for his part, has said that he wants to " explore his options " this offseason.

Just like last year, sources say Russell Wilson wants to explore his options to see what else might be out there for him. - NFL Insider Ian Rapoport

Never mind the obvious fit between Wilson and Jim Harbaugh's system, a system that's optimized when there's a dual threat QB in the backfield. Which Wilson still is, regardless of what Carrdashians will try and have you believe. His rushing statistics from the 2020-21 season are more than enough proof. Or you could just watch Wilson bolt for the end zone against the Cardinals in week 18 of this season. Wilson was fairly animated after that touchdown run....probably a result of silly fans calling him washed up as a dual threat.

Let's get this trade done. DJax could actually stick around and be of use with a QB like Wilson, who extends and keeps plays alive....who understands zone defenses, deep patterns and how to deliver deep strikes - not lollipops.

What happens to Carr? I think I have said this before, but I really don't care what happens to Carr. Could we trade him? Potentially, but he's been quoted as saying he'd rather retire than play elsewhere, so a trade may not be in the cards. Still....don't care.

Sure, acquiring Wilson would be a lot smoother if Carr could be traded for draft compensation that'd replace some of what we lose by dealing for Wilson, but ultimately - it's not a big deal either way. The impact of an elite/hall of fame caliber QB is such that whatever we lose in draft compensation, would be replaced by proven, free agent veterans that believe in the QB and want to play in tax free Las Vegas (and for a Super Bowl).

It should also be noted that Wilson has a no-trade clause in his contract, so he controls his destiny at the end of the day. And he could effectively control what it takes to acquire his services, as well….if the Seahawks forced him to play hardball.

Hiring a GM that has Seahawk connections may be on the agenda for Mark - one Ed Dodds - who just withdrew from consideration for the Bears’ GM opening. He may have as good a shot as anyone at making a solid trade for Wilson. Dodds spent 10 years as an exec with the Seahawks. He has a great relationship with Seattle’s GM, John Schneider, and also knows Wilson very well. Given his connections to the Raiders, and Al Davis, Dodds already made plenty of sense as a candidate, but when you consider this info from Silver and Dodds’ history with the Seahawks, he sounds like a winner.

*Credit to R8derk for finding this piece of info from Silver